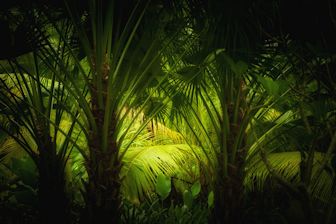 Every teacher of God’s word would like to know that their work is having a lasting impact. They would like to be able to cite specific examples of lives changed by the power of God. We all know, however, that that is not always the case, at least in one’s earthly life.

In 1912 medical missionary, Dr. William Leslie, set up a medical practice in the Democratic Republic of the Congo, near the Kwila River. He was there for 17 years until 1929, when he had a falling out with the tribal leaders. Even though there was forgiveness and restoration at a later time, he left and came back to the United States. He would not return to the Congo at the request of the natives. His work was finished, or so he thought. He came home very discouraged, with no evidence after all those years that his missionary work had born fruit. In 1938 Dr. Leslie passed away with the belief that he had totally failed in the work that God had called him to do.

Tom Cox Worldwide Ministries, based in Arkansas, launched an evangelistic outreach in 2010 to the same area where Dr. Leslie had been. Research indicated that this part of the Congo had little or no gospel influence. Upon arrival, though, it was discovered that their research was wrong and Dr. Leslie’s medical practice had proven very effective, beyond what anyone had dreamed. The tribal members knew Dr. Leslie, but by a different name. Each of the eight encampments scattered across 34 miles of jungle terrain had a gospel choir, and had “sing-offs” from village to village. There was even a 1000-seat stone church. In 1980 there was so much growth the Christians were forced to plant new churches.

This begs the question of what is successful evangelism? It cannot always be measured in immediate or obvious ways. Someone once said that successful evangelism is simply sharing the faith and leaving the results to God. That is what Dr. Leslie had to do. Over 80 years later the results were seen, long after he went to be with the Lord. He taught the love of God and left a legacy in the jungles of the Congo. He didn’t know it when he passed this earthly scene, but I am sure that in the presence of Jesus he heard the words, “Well done, good and faithful servant.”

The people at Tom Cox Ministries researched Dr. Leslie upon coming back to the States, and sure enough, he was the one whom God had used to build the ministry in the jungles of the Congo. Isaiah 55:11 says that God’s word will not return to him void, but will accomplish its intended purpose. So, teachers of the word of God, just keep doing the work of ministry and God will take care of the results.

John Livingston Clark is 67 years of age and lives in central Washington State. He has written two published books, and two published poems. His initial book is called, " God's Healing Hope: Breaking the Strongholds of Wrong Thinking." His second book, released in December of 2016, is a motivational book written to seniors titled, " Seniors: Are You Retiring or Recharging?" Both books are available on amazon. You can also view his writings on www.faithwriters.com. John is available to speak on a variety of topics. Visit me at jclarkministries.com
Previous Binding the Thief and Taking Authority
Next “Never Give Up”