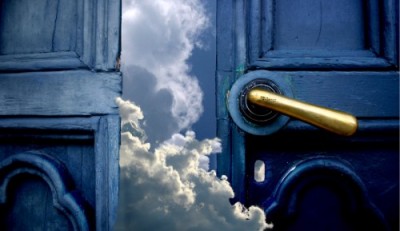 Knocking on Heaven’s Door For An Answer

Today I went to church as usual, arrived about the same time, sat in relatively the same location, and I walked in with the same expectations; We would worship, God would show up, Pastor would preach a great message, and I would walk away filled for the week. What I did not expect was to walk away with a challenge waiting to be filled. The challenge: praying fifteen minutes for the next fifteen days and holding each other accountable to the challenge.

Prayer is something that I used to find myself doing either out of obligation to a former religion or pure desperation, but never for my own heart’s desire. It wasn’t until later when I gave my life to Christ and built a relationship with Him that I realized how much I was missing out simply because I was not asking or if I was asking, it was not with a humble heart.

Jesus told this story to some who boasted of their virtue and scorned everyone else:

“Two men went to the Temple to pray. One was a proud, self-righteous Pharisee, and the other a cheating tax collector.The proud Pharisee ‘prayed’ this prayer: ‘Thank God, I am not a sinner like everyone else, especially like that tax collector over there! For I never cheat, I don’t commit adultery,I go without food twice a week, and I give to God a tenth of everything I earn.’

“But the corrupt tax collector stood at a distance and dared not even lift his eyes to heaven as he prayed, but beat upon his chest in sorrow, exclaiming, ‘God, be merciful to me, a sinner.’  I tell you, this sinner, not the Pharisee, returned home forgiven! For the proud shall be humbled, but the humble shall be honored.” (Luke 18: 9-14).

At one point in my life, I was the tax collector dotting every “i” and crossing every “t”. My prayers were almost like poison to God because they were repetitious, memorized words that over time became meaningless and were from pure obligation. This is not how God wants us to pray! Instead, he wants us to talk to Him. Ask him what it is that we are desiring for. “So I say to you: Ask and it will be given to you; seek and you will find; knock and the door will be opened to you. For everyone who asks receives; he who seeks finds, and to him who knocks, the door will be opened. (Luke 11:5-10). Simply translated: Just knock and ask Him!

Another way God wants us to pray is with relentlessness or persistence. Just like the parable of the widow who kept pestering the judge and pleading with him to grant her justice against her advisory. The judge finally gave in because if he didn’t, eventually she would wear him out with her coming. (Luke 18:1-5). This is how God wants us to pray; never ceasing to ask him “Is now the time?”

The challenge I have gladly accepted is not out of obligation or a pressured legalistic guilt. It is simply my heart’s desire to see many prayers answered in a short amount of time, and I know that they will because He desires to give me good gifts. “…how much more will your Father in heaven give the Holy Spirit to those who ask him!” (Luke 11:13). So, I challenge you for the next fifteen days for fifteen minutes to come before the thrown with a pure heart and knock, seek, and ask Him for an answer. May you be blessed!

is an author and editor for The Bottom Line Ministries as well as a member of Faith Writers. Currently she teaches high school language arts. She is a mom to four amazing blessings and enjoys every moment life has to offer. Renee has a fervor and drive to learn, she loves to read and spend time with her family, and is involved with her local church ministries. Humbled by God’s gift of words, she has a passion to write what the Holy Spirit has placed in her heart. She hopes to publish her in-progress book someday, but in the meantime, is honored to be placed as part of the TBL writing family and is holding on to the ride wherever God is leading. Renee and her family reside in their country home in Holland, Iowa.
Previous Depression (Part II)
Next War Stories of Divine Intervention