Breaking News
Home / Faith / Lessons from Isaac: God Does What He Says 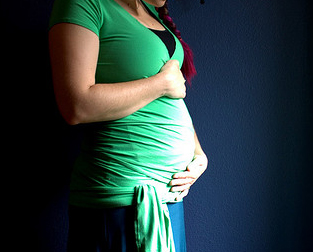 Lessons from Isaac: God Does What He Says

“But Jesus beheld them, and said unto them, With men this is impossible; but with God all things are possible.” Matthew 19:26

Studying Isaac’s life and specifically the details of his birth and those surrounding his almost sacrifice, speaks volumes. It tells a lot about the character of God and also about how we as humans should serve God.

1) Isaac’s birth proves that with God nothing is impossible. This is not an easy lesson. If you remember your Sunday school lessons from childhood, you remember that Isaac was born to Abraham and Sarah in their old age. Like Sarah we are often tempted to rush ahead of God and make “His will” happen in our time frame, but studying the stories of Hagar and Ishmael show this does not yield favorable results. When walking through difficult days, we need to remember Isaac. His mother was well past the age of child bearing; she had already gone through menopause. Physically it was impossible that she give birth. Yet God’s touch was seen, and Isaac was born.

2) God is faithful and always does what He says He will do. It is often easier to believe bad things rather than good. We listen to the Devil, the “Father of Lies” and ignore the Father, the “Author of Life”. Again, we need to remember Isaac in those instances. His birth was not instantaneous upon God’s promise, but the important thing is that he was born just as God promised. As He has shown time and time again, God does what He says He will do.

3) Obedience to God and His will is a choice. Even though we don’t always see the big picture or know God’s plan, we are expected to obey. Abraham held nothing back from the God he served. He knew God promised him through Isaac he would have innumerable descendants, yet then God told him to sacrifice his son. He didn’t understand how God could make Isaac’s descendants a great nation if Isaac was dead and never fathered children, but he trusted God. Similarly, Isaac submitted to God’s will for his life and was willing to allow Abraham to sacrifice him. The story foreshadows Christ’s coming and God’s sacrifice of His son. It also illustrates the great faith we are to have in God the Father.

When was the last time you had to trust God? Did your situation seem impossible? Were you tempted by the Devil to ignore God’s leading? How did you choose obedience?

Heidi Lynn has a passion for women's ministry and can be found writing at Chronicles of a New Creation. Heidi believes that as Christian women, we were created to serve our families, our churches, and our communities. With this calling in mind, she writes and speaks about organization in homes, families, and spiritual lives.
Previous You’re in Covenant With The King
Next Do You Bear Much Fruit?