Breaking News
Home / Faith / You’re in Covenant With The King 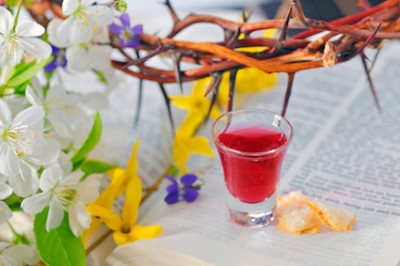 You’re in Covenant With The King

“I wish Christians in the west understood their authority in Christ,” a friend from India said. His remark brought to mind the word “covenant.” Perhaps the west struggles with the idea of covenant because our greatest earthly covenant–marriage–is seldom fully understood or honored. We don’t comprehend, therefore, the covenant we have with the Creator of the Universe, the King of kings. Just as the king extended his scepter to Esther saying, “What is it you want, Queen Esther? And what is your request? It shall be given to you,” so the Lord is saying to His bride, the church, “What is it you want? You have access to the fullness and the riches of Christ.”

The word “covenant” is first mentioned in the Bible pertaining to Noah. God said to him, “But I will establish My covenant with you; and you shall enter the ark–you and your sons and your wife, and your sons’ wives with you” (Genesis 6:18, NASB). The Hebrew word used here for covenant is beriyth and means “alliance,” “constitution,” or “pledge.” It goes deeper, however, than our contemporary sense of an agreement between two parties, because the Hebrew word also means “to cut.” This is exemplified by the practice two parties had of cutting the slain carcasses of animals in two and walking between them. The implication was, “So may I be like these if I violate the covenant” (see Jeremiah 34:18).

Noah’s ark, it bears noting, was a type of Christ. It sheltered Noah and his family even as the rest of the world rejected God and perished.

God also entered into covenant with Abraham, Isaac, and Jacob, and despite some shady behavior in all three of these fathers, God never broke His covenant:

When the children of Israel were in bondage to their Egyptian taskmasters, “God heard their groaning; and God remembered His covenant with Abraham, Isaac, and Jacob” (Ex. 2:24).

Over and over throughout the Old Testament, we see God coming to the aid of His people, despite their faithlessness to Him. Even when He had to leave them to their enemies because they’d refused His precepts, He said, “Yet in spite of this, when they are in the land of their enemies, I will not reject them, nor will I so abhor them as to destroy them, breaking My covenant with them; for I am the Lord their God.”

So we see some of the benefits of covenant–or agreement–with God: peace, blessing, prosperity, perseverance over enemies and, best of all, fellowship with God Himself. This was all available to God’s people under the Old Covenant.

Jesus is described as “the mediator of a new covenant.” (Hebrews 12:24) And this new covenant is better:

“But now He has obtained a more excellent ministry, by as much as He is also the mediator of a better covenant, which has been enacted on better promises” (Hebrews 8:6).

“Now if the ministry of death, carved in letters on stone, came with such glory that the Israelites could not gaze at Moses’ face because of its glory, which was being brought to an end, will not the ministry of the Spirit have even more glory? For if there was glory in the ministry of condemnation, the ministry of righteousness must far exceed it in glory. Indeed, in this case, what once had glory has come to have no glory at all, because of the glory that surpasses it” (2 Cor. 3:7-10, ESV).

What an amazing statement! The covenant that Abraham had hardly bears mentioning compared to the one that we have through Christ!

Psalm 105:8 says, “[The Lord] remembers his covenant forever, the promise he made, for a thousand generations.”

If Noah’s entire family was saved as the rest of the world perished, all because of the covenant God made with him, and you’re under a better covenant, what does that do for your faith?

Emily Tomko's radical encounter with the Lord while at a nightclub changed her life forever and inspired her first novel, College Bound: A Pursuit of Freedom. She is the author of seven books, including 31 Thoughts on Prophecy and Leaving the Shallows: igniting the faith that overcomes the world. Her tastes tend toward vintage and she's a Germanophile, having spent a year in Bremen and Nuremberg. Emily loves the scriptures and writes with fierce compassion and a deep desire to see people freed from the miry clay of this world and walking in the truth.
Previous Caretakers of God’s Creation
Next Lessons from Isaac: God Does What He Says