Breaking News
Home / Faith / Lessons in Manliness from The Lion, the Witch, and the Wardrobe 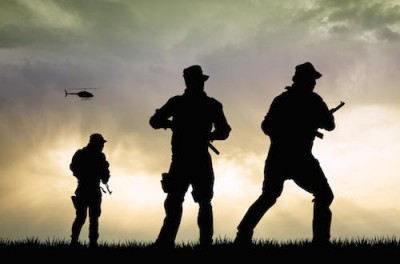 Lessons in Manliness from The Lion, the Witch, and the Wardrobe

One thing that I enjoy learning about and researching is manliness.  I am interested in answering the question, “How can I be a man after God’s own heart?”  I read books, follow blogs, listen to podcasts, but most importantly I try to carry out what I am learning so that what I am gleaning is not just head knowledge.  Within the pass year I came across a very interesting example of true masculinity, and I found it in Narnia of all places.

I recently took a class in college all about C. S. Lewis’ writings.  The class was very unique; we met once a week in the evenings at the professor’s house.  There was always a roaring fire in the fireplace to keep us warm as we gathered in his living room to whatever book we had just read for the week.  The professor also provided coffee, cider, and snacks each week as well.  Twenty college-age students with a warm fire, light snacks with coffee, and a discussion over a Lewis book; it was like we had died and gone to heaven.  To add to the greatness of this class, there were no tests or quizzes or an exam; we only had to write two papers and do a short character presentation, and each week we had to read a book or two by Lewis and be prepared to discuss it in class.  I think I have made it clear that this was one of my favorite electives I took in college.

Being a class on C. S. Lewis we read some of his most well-known books:  Screwtape Letters, The Great Divorce, and Mere Christianity to name a few.  The very first week, however, we had to read three of the seven Chronicles of Narnia books.  I had read two of the three required Narnia books that week, but that was a while ago so I went ahead and reread them.  In the end I was very thankful that I did reread The Lion, the Witch, and the Wardrobe because I gleaned something that I did not get before when I read the book in elementary school.

First off, if you are unfamiliar with the story of The Lion, the Witch, and the Wardrobe, that’s okay; here’s a two sentence recap of the book:

Peter, Susan, Edmond, and Lucy Pevensie discover a wardrobe that allows them to travel to a magical world called Narnia.  While there, they assist in helping a lion named Aslan take back his kingdom from the tyrannical ruler the White Witch.

The story as a whole is an allegory of Christ dying on the cross for our sins, and defeating death and Satan once and for all.  Other than the salvation message that is presented in the story, The Lion, the Witch, and The Wardrobe also teaches several important lessons in manliness:

Aslan’s camp was preparing for war against the White Witch.  Lucy and Susan were minding their own business when a wolf from the Witch’s camp attacked them.  Peter quickly became aware of this attack.  Lewis writes that Peter did not feel brave but actually felt very sick.  Peter could have waited for one of the trained warriors to save his sisters; he could have let Aslan handle the situation, but as this part of the story unfolds we find that even though he was scared that made no difference to what he had to do.  He engaged the wolf in combat and killed it, thus saving his sisters.

But where is Edmund when all of this is going down?  Lucy warned Edmund about the White Witch way back at the beginning that she is a liar and deceiver.  But when the White Witch offered him his heart’s desire, which was all the Turkish Delight he could eat, he sold out and joined the Witch.  Edmund got to the point where he was willing to betray his own family so he could enjoy more Turkish Delight.  In the end, Aslan died on Edmund’s behalf so that he could be set free from the White Witch.

Edmund represents all of humanity in The Lion, the Witch, and the Wardrobe.  For many men who are reading this, we often times relate more to Edmund than to Peter.  We want to be like Peter but we act like Edmund.  We sell out for the second rate because in the moment sin can bring great happiness. But then we get entangled in our sin; we lose strength, we lose heart, and eventually we will do anything so that we can continue to sin.  We are willing to forsake family, friends, careers, or financial stability just so that we can get our fix of sin.

There is a light at the end of the tunnel.  We do not have to stay Edmund because Edmund was not Edmund forever.  The Edmund at the end of the book is completely different from the Edmund at the beginning.  The change was due to the fact that Aslan set him free. God can set us free from whatever sin so easily entangles us. Being set free from our sins is the first step towards being a true man of God.

You must be on the Lord’s side to be a man after God’s own heart.  Edmund was no longer a sell out and a betrayer, but a soldier in Aslan’s army.  When we come to Christ we are no longer defined by the sins that we have done, but by what Christ says we are.  Christ says we are free, His brothers and sisters, and an heir to the Kingdom.

Peter showed courage and bravery even when he did not want to.  He did not have the experience and the full training to battle the enemy, but he still stepped forward to fight the enemy.  God calls us to battle, to be courageous, and to become a warrior.  Peter was not made a warrior overnight, and killing the wolf did not make him a complete warrior; it was just the first step in his process.  Later Peter and Edmund both fought in the final battle between the White Witch’s army and Aslan’s army.  Two boys who were barely teenagers showed bravery in battle.

God calls us to battle and to be courageous even if we appear to be unqualified for the battle.  He is making us warriors.  He calls us to fight for the truth in His Word, to fight for our families and loved ones, and to wage war against the desires of our flesh.  We may seem unqualified to go to war, and can clearly see other people who are better suited for the battle, but it is just the next step in our process of becoming men after God’s own heart.  We need to get out there; jump in the fight.

The first step in becoming a man after God’s own heart is to be set free from our sins.  You have to give your life over to God to become a true man.  It does not matter if you are an adulterer, thief, betrayer, addict, murder, or any other definable sin. God can redeem you from that life and will call you His child.

After you join the Lord’s side you automatically enlist in his army.  He is making us warriors to battle those sins that we fall for.  We are to be courageous and fight for our loved ones and for the truth of the Word.  He is making us warriors, so do not expect to be a seasoned professional in all of your fights.  You will go down at times, but God will pick you back up.  You will not always be old Edmund.  You will be like Peter and learn how to be a warrior.  Men, repent and turn to God, and be ready to go to battle.

What sins are the greatest challenge for you? How can you become a man more completely after God’s own heart?

Brandon Knight is a young gun, a martial artist, and a wannabe writer. He resides in northwest Indiana and is a seminary student at Moody Theological Seminary. Brandon has a passion for preaching the Gospel and seeing it transform lives. He loves Jesus, comic books, and the Chicago Cubs.
Previous God’s Grace Is Always On Time
Next Our Hope: Letting Go 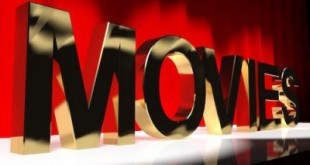