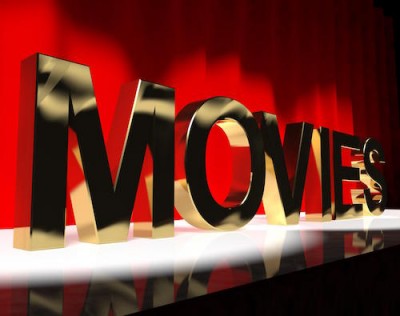 Recently I got to see the newest installment in the DC Extended Universe, Batman v Superman: Dawn of Justice.  This film takes the compact universe that we were introduced to in the first DCEU film, Man of Steel, and expands it to a much wider universe.

The plot of Batman v Superman is simple.  Although many are happy about the good work Superman is doing, there are some who are hesitant to trust this “strange being from another planet.”  The US government wants Superman to adhere to their laws since he has so much unchecked power. Bruce Wayne doesn’t trust him so he wants to eliminate him. And Lex Luther loathes him because Superman is seen by some as a god (the allusions to Jesus Christ are numerous in Man of Steel).  The story unfolds with Superman’s relation to all three parties and his personal relationship with Lois Lane.

Lex Luthor’s problem with Superman is very interesting.  He states in the film that at a young age he discovered that if God was all good then He couldn’t be all powerful, and if He is all powerful then He can’t be all good.  Being a superhero film Luthor does not then go into a theological or philosophical lecture to support his thesis. So the reason Luthor believes this is not really clear.  Regardless, since so many people saw Superman as a god, Luthor wanted to prove that Superman could not be all powerful and all good at the same time.

Have you heard this argument before?  “If God is all powerful then why does He let all this bad stuff happen?”  That’s one of the age old arguments against believing in God.  How are we supposed to respond to statements like that?

Timothy Keller, who is a much better writer than I am, writes in his book, The Reason for God, “Just because you can’t see or imagine a good reason why God might allow something to happen doesn’t mean there can’t be one.”[1]

That seems a little harsh at first, but Keller is right.  God is God and we are not; His ways are higher than our ways and His thoughts are higher than our thoughts (Isaiah 55:8-9).  Although we cannot comprehend why God allows tragedies to happen, He has a purpose in His grand design for them to occur.  Keller also writes that this present world serves as a reminder to us as Christians of the hope that we have for the future when we are united with Christ in heaven.[2]  The best is yet to come.  God is good and all powerful.

But what about the other side of the argument is God all powerful but not all good?  In Exodus 3:14 God told Moses that “I Am who I Am” sent him.  This is translated as Yahweh or LORD.  There is a lot of meaning packed into this little word; essentially God was revealing both the fact that He is the one and only God, and that He is close to His people.

He is faithful to His covenant people, which is shown all throughout the Old Testament.  He was faithful to the covenant with Israel even when Israel wasn’t.  In the New Testament this truth is shown again when Christ laid down His life for our sins, and then came back to life.  The ultimate act of love was done for us.  The creator of all became like us so that He could make a way for us to be saved from our sins.  God is powerful and good.

So my final thoughts on the film: Batman v Superman: Dawn of Justice, is a little slow at first, but then gets really intense.  Ben Affleck steals the show; he is terrific as an older, more pensive Bruce Wayne.  Jesse Eisenberg is not the typical Lex Luthor, but regardless he does a really good job portraying the eccentric millionaire.  I definitely recommend the film is you are a comic book movie fan; they did a good job following the comic book series the story is based on.  However, if you are not familiar with DC Comics, I would recommend going with someone who is because there may be a couple parts that don’t make sense if you are not a DC person.

Lastly, if you know a “Lex Luthor” who is convinced that God cannot be all good and all powerful, I encourage you to engage with that person in discussion on that subject.  Be prepared first before you do though.  Read up and prepare to give a defense for the hope that is in you.

Brandon Knight is a young gun, a martial artist, and a wannabe writer. He resides in northwest Indiana and is a seminary student at Moody Theological Seminary. Brandon has a passion for preaching the Gospel and seeing it transform lives. He loves Jesus, comic books, and the Chicago Cubs.
Previous Let us Enter God’s Supernatural Rest
Next You, Your Money and God 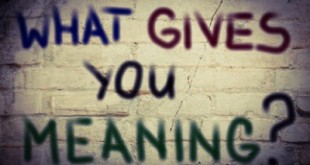 Searching for Meaning in a Meaningless World

I sought the world and all its glories, A life of pleasures and no worries. ...