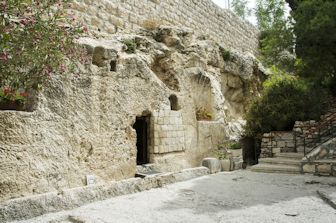 Friends, today is about the resurrection of our Lord and Savior Jesus Christ. It’s not about chocolate bunnies or Easter eggs. Holidays that recognize our Lord have become so polluted by worldly additions and subtractions that it has become sickening. We’ve replaced true meanings with thoughts of gain and things like getting candy. This should not be so. I’m not saying there’s never a time to give such gifts, but these things must be done appropriately and not contrary to what we believe.

I would like to explore this further. I do not have a problem with a man giving a woman a box of chocolates or flowers on their anniversary. I think it’s a nice gesture and I would even recommend it. There is nothing wrong with gift giving. The three wise men even gave gifts of gold, frankincense, and myrrh to the newborn savior. I think we should do likewise when it’s appropriate. But I do not think it’s okay to give someone a chocolate bunny or egg that represents a false god. What do I mean by this?

Easter comes from the name Ishtar, who was the Assyrian “goddess” of fertility, love, sex, and war. So when we say “Easter”, this is the name we are recognizing. This is why I urge you to mention the “resurrection” when referring to this special day. Let it be “Resurrection Day”. Let it be about the Risen Savior.

Of course there is the issue with dealing with children seeing other children getting chocolate bunnies and the like; so how do we deal with that? Well, I would urge you to replace the bad with something good. Give your child a nice cross for Resurrection Day or something that reminds them of what Christ did for them. If it becomes an issue of candy, then set aside another special day to give candy to your child, and explain why you’re doing it. Just make sure it’s not a chocolate Santa Clause or Easter bunny. You would be surprised at how well your kids will understand, especially with God’s leading,

Joel M. Bauer is a 45-year-old U.S. Army Veteran from Dunn, NC, which is just outside of Raleigh. After being honorably discharged from the U.S. Army, he attended school at Taylor University, a Christian liberal arts school, in Fort Wayne, IN, where he received his BS in social work and psychology. He has worked in such places as a homeless shelter, a community based treatment center for severe mental illnesses, a school for troubled students, and other social service agencies. His current endeavor is to build The Bottom Line website into a site that inspires both Christians and non-Christians alike, and brings glory to God.
Previous Risen Indeed
Next Tested, Tried, and Redefined