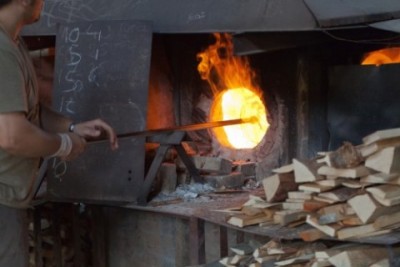 One day, a man of God named Job was going about his daily business when suddenly one of his servants returned breathless.

“’The oxen were plowing and the donkeys feeding beside them when the Sabeans raided them and took them away….at the same time, another messenger came to Job and stated ‘The fire of God fell from heaven and burned up the shepherd the servants, and consumed them.’ All the while another servant rushed in to say ‘Your sons and daughters were eating and drinking wine in their oldest brother’s house and suddenly a great wind came from across the wilderness and struck the four corners of your house and it fell on them and they are dead and I alone have escaped to tell you.”… and the story continues to be interrupted by messengers reporting that this once great man of wealth is stripped down to nothingness except his faith. (Job 1).

How is it that we who call ourselves Christians, at times are the first ones to cry hypocrisy the moment something in our life goes tragically wrong? Take Job for example, he did nothing wrong.  All of the people around him were telling him to just curse God.   God himself called Job “upright” and “blameless” yet he allowed him to go through the fire in order to come out stronger and brighter on the other side.

Just because you are in the middle of a storm does not mean it was one created to lead you astray. You might actually be right where God wants you. He may be using this time in your life to grow and test you to see where you are in you relationship with Him or how you stand in your walk. “Blessed is the man who remains steadfast under trial, for when he has stood the test he will receive the crown of life, which God has promised to those who love him.” (James 1:12)

What trials are you experiencing in your life right now? Are you prepared to walk through fire or will you become burned along the way? God reminds us through this humble man’s story that materialistic things are just that, pieces of life that we cannot take with us.

As painful as the trial is, God asks us to walk through it with Him because he wants us to recognize our dependency and need upon Him. Without him we have no peace and the trial will become impossible to survive. God did not promise us a perfect world and he did warn us that we would go through ups and downs in our life. “I have said these things to you, that in me you may have peace. In the world you will have tribulation. But take heart; I have overcome the world.” (John 16:33). I encourage you to be steadfast in your walk for the reward is one worth waiting for.

is an author and editor for The Bottom Line Ministries as well as a member of Faith Writers. Currently she teaches high school language arts. She is a mom to four amazing blessings and enjoys every moment life has to offer. Renee has a fervor and drive to learn, she loves to read and spend time with her family, and is involved with her local church ministries. Humbled by God’s gift of words, she has a passion to write what the Holy Spirit has placed in her heart. She hopes to publish her in-progress book someday, but in the meantime, is honored to be placed as part of the TBL writing family and is holding on to the ride wherever God is leading. Renee and her family reside in their country home in Holland, Iowa.
Previous Let’s Celebrate Resurrection Day!
Next Pardoned