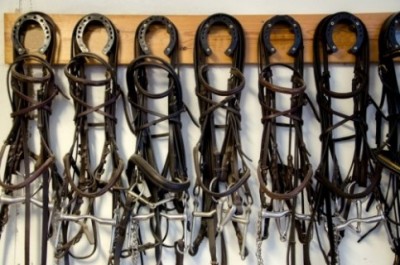 Letting Go of the Reins: Trusting the Walk

The other day I initiated an experiment into my class which had been conducted in the past. It’s not something I attempt often, but on occasion will undertake especially when the students are wiggly and talkative as have been my freshmen these past few weeks.

We played the silent game for one minute.

The rules are simple. Stay silent for one minute. If sounds are made, the timer is restarted as many times as necessary until we are able to achieve one minute of silence. Sounds pretty easy right? Well, the last group of kids took twenty-two tries just to achieve sixty seconds of silence. Not such an easy task to accomplish when you are not use to being still.

Right after I conducted my experiment with the first group of students, comments such as “That was nice.” And “How peaceful” resounded throughout the room. To stop the busyness around what they were doing and hone in on the silence was refreshing to their minds.

For the past six months, the words “Be still, and know that I am God”(Psalm 46:10) have been ringing around in my head. As a mom of four, full time teacher, writer, wife, and all of the multiplistic hats I wear, being still is not seemingly possible until the entire house is quiet and sleeping and even sometimes then there are problems to attend. Yet, the verse will not render away because God is always there. Always present even when I chose to ignore or talk over Him.

We need filling and refreshing especially when we want to have control of everything. When the circus plays on around us daily, and the turmoil begins to drown us, a tiny voice with a mighty command speaks the loudest in the chaos.

“Be still.” He says. “I’ve got this. You can rest. Let me handle it. Stop taking control of what I already have.”

It’s not easy letting go of baggage that you have managed for several decades, but releasing the reins to Him is a placement to grow our faith. If we constantly hold on with a tight grip, we are showing the Creator of the Universe that we don’t trust Him and implicating that we know more than Him.

As women, mothers, wives, we are the central communication HUB in our home. When we try to manage Grand Central Station without putting the one who created it first, our trains will jump the tracks and what is normally run on time will become off schedule.

We can only do so much and then we have to trust.

What does God keep tugging on your heart to release to Him?

is an author and editor for The Bottom Line Ministries as well as a member of Faith Writers. Currently she teaches high school language arts. She is a mom to four amazing blessings and enjoys every moment life has to offer. Renee has a fervor and drive to learn, she loves to read and spend time with her family, and is involved with her local church ministries. Humbled by God’s gift of words, she has a passion to write what the Holy Spirit has placed in her heart. She hopes to publish her in-progress book someday, but in the meantime, is honored to be placed as part of the TBL writing family and is holding on to the ride wherever God is leading. Renee and her family reside in their country home in Holland, Iowa.
Previous 7 Lessons the Lord Taught Me from Observing Birds
Next Make Your Plans Second in Command to God’s