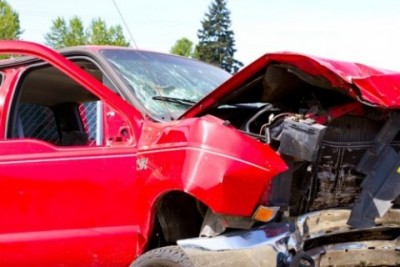 Make Your Plans Second in Command to God’s

Have you ever had your perfect plans ruined by an unexpected change? Here’s an example. Two Saturdays ago, I was supposed to go to church and then have a girl’s night out painting. I had the day all planned out. In fact, the painting date with the girls was planned months in advance. But then on Saturday I woke up feeling like the underside of worn-out shoes. I had a tummy ache, accompanied by headache, nausea, and vomiting. Needless to say, I had to cancel my entire day.

Sometimes things don’t work out exactly how we planned them. That’s only because our plans aren’t always in line with God’s plans. And guess whose plans are going to take precedence? I know it gets frustrating when our plans don’t unfold, but that’s not always a bad thing. Levi can testify to this.

Levi Teuton, decided to take a detour from his regular scheduled route, which led to him saving the life of a teenage boy. His plans were to attend a family Easter dinner that evening, along with his wife and daughter. Instead of going in the usual direction, God compelled him to use a different route. This puts Levi in exactly the right place, at exactly the right time. He discovered a pick-up truck crashed into a tree. The accident seemed like it would yield no survivors, but He ran to check anyway.

After a quick assessment he realized the driver was dead, but the passenger’s faint cry for help confirmed he was still alive. By that time, the car was ablaze. With the help of a passerby, he pulled the 15 year old teen from the burning truck. In the process the truck exploded due to two propane tanks that were in the back. Even though he suffered third degree burns from the explosion, his unexpected detour caused him to save a life. Levi never made it to the family dinner, but missing out on pot-roast can’t be compared to saving a life.

So, the next time things don’t go according to plan, remember that God is in control and He knows best. When unexpected changes happen, God is either taking you out of a bad situation or putting you in a good one. Just go with the flow.

Many are the plans in the mind of a man, but it is the purpose of the Lord that will stand. (Proverbs 19:21)

Share your testimony; how has God’s plan overridden yours?

Amelia Brown is from the beautiful island of Jamaica. She is a 28 year old Guidance Counselor by profession, but a passionate writer at heart. Most of her articles written are aimed at stimulating positive change under the guidance of the Holy Spirit. She is also a published poet and a member of Faithwriters. Outside of writing, she enjoys volunteering, cooking, and turning frowns right side up. Amelia currently lives in New York.
@ameliambrown
Previous Letting Go of the Reins: Trusting the Walk
Next Heroes: Conquerors of Darkness