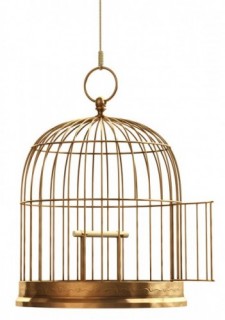 By the spring of 1945, the prisoners in the German concentration camps had endured years of unspeakable suffering at the hands of their captors. As the Allies arrived to liberate these prisoners, they were stunned by the conditions around them. How had anyone survived?

Many prisoners began to crawl on their hands and knees towards the soldiers as they entered the camps, too weak to stand to their feet. Often, these prisoners would only stare straight ahead when talked to by the soldiers, unable to even respond to questions. Many died after receiving basic food from their liberators because they could no longer digest even a piece of bread, due to long periods of starvation. Six million Jewish lives were lost in the Holocaust. But for those who survived until freedom arrived, suddenly there was hope, and even a reason to rejoice. Their captivity was over!

For those of us alive today, most will never experience the agony of being held captive by enemies ruled by hatred, but there is another kind of captivity that ensnares all of us–sin. It takes many forms, but the result is the same, we feel captive, bound, unable to walk in freedom. We all need compassion, love, and deliverance from its evil grip.

Our liberator is Jesus Christ. Luke 4:18 proclaims “that captives shall be released”….”the downtrodden shall be freed from their oppressors, and that God is ready to give blessings to all who come to Him.”

Come to Him today. He stands ready to free you from your enemies, and from the grips of sin. Receive His love, salvation, and freedom today.

My husband Dan and I have three children and three grandchildren. We live in central Illinois. I am a graduate of The Institute of Children's Literature, a member of faithwriters.com, and a member of SCBWI. My writings have been published at chirstiandevotions.us, in DevotionMagazine, the PrairieWind Newsletter, and here at thebottomline.co.
Previous “A Greater Yes”–The True Story of Amy Newhouse–Movie Review
Next From Physical Prison to Spiritual Praise