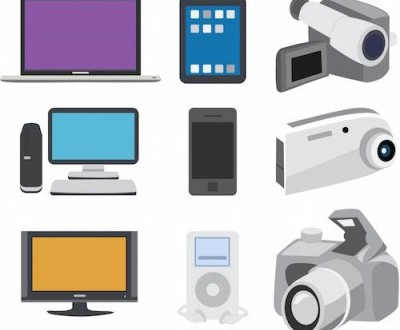 A few months ago God put in my heart a desire to live life free of all the modern vices that affect us so much. I unplugged and threw in the garbage my television, I cancelled the internet, use an old flip phone that can’t even take a picture and have stopped the mindless consumerism.

A life free from TV is awesome, my concentration is returning to pre-television levels, I’m reading more books and I am much healthier on the spiritual and moral level. Without a constant diet of Hollywood filth and mindless trash polluting my mind and soul I have been able to focus much more on God and this has resulted in His breaking a number of habitual sins I was trapped in, such as a more that 20 year pornography addiction and a couch potato lifestyle.

When I cancelled the internet I went through withdrawal symptoms such as being nervous that I was missing something important on social media, the news sites I frequented or missing an important email. It took a couple of weeks but eventually I got used to not being plugged into everything at all times. I started to realize that I was not missing anything of vital importance on social media, the news remained the same day to day, the names and places changed but the stories were all the same and I realized that I do not get emails of such importance that they cannot wait a couple of days for me to pack up my laptop and go to a free Wi-Fi hotspot.

My phone is an old flip phone not worth more than $30.00 and it serves me far better than a smart phone connected to the internet. So what if I can’t have instantaneous access to social media, email, YouTube videos and whatever else people use them for, I don’t need that stuff to live life. I went the vast majority of my life without it and I can go without it just as easily.

And the mindless consumerism that has had a dominate place in my life for a long time has become something I can also live without. For I don’t know how long, I have had the impulse to buy something, anything, to satisfy some artificial need to reward myself for getting through another couple of weeks of life. I broke this habit by stopping and thinking through why I wanted something and what I would gain by buying it. When I asked if I really needed it, the answer was always “no”.

The more I revolt against the modern world and its false values of materialism and self-interest the more I am forced to seek after true values and the selflessness that is found in a relationship with God. Instead of spending hours in front of the TV polluting myself with moral poison I spend that time either in prayer or in the Word of God, instead of sitting around on the computer obsessively checking social media or news sites I am exercising and getting healthy both mentally and physically.

I have learned that I can get by just fine without all the modern trash that takes up so much of our time, I have simplified my life and this has opened up a huge part of myself that God is now able to fill.

What do you need to get rid of to make room for God?

Jonathan Kotyk is a student, self taught philosopher, recovering addict and born again Christian. He has spent time on both the far Left and Far Right side of the political spectrum and lives in Canada.
Previous Trust God and Put Yourself In Gear
Next Nevertheless: What a Beautiful Word!