Breaking News
Home / Faith / My God is the Storm 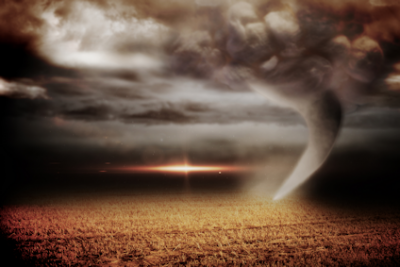 My God is the Storm

A Pillar of a Cloud and of Fire

So Moses was leading the Hebrew people out of Egypt towards the Promised Land and they had the Ultimate Guardian and Guide. It was none other than the Lord God backing His people up as a pillar of a cloud by day and a pillar of fire by night. Not only did the Lord God appear as a Mighty Storm to support His people, but He had a deadly plan in store for their Egyptian pursuers. He led His people to the shore of the Red Sea, then had Moses stretch out his hand with the rod He had given him, while keeping the Egyptians at bay, then suddenly He allowed the Egyptians to pass and pursue into the sea. It was a deathtrap for them. The Lord God not only troubled the Egyptians, but He also took apart their chariots, making it impossible for them to escape. The trap was sprung, the Storm had defeated the pursuers, and the Hebrew people were free!

Job 38:1 Then the LORD answered Job out of the whirlwind, and said, Who is this that darkeneth counsel by words without knowledge? Gird up now thy loins like a man; for I will demand of thee, and answer thou me.

Wowzers! Double Wowzers even! Job just lost everything He had and God is telling him to shut his big mouth and put his big boy pants on! But you know, sometimes that’s exactly what we need. God’s “man up” speech didn’t end there, and to make things even more interesting, He did it to Job once again.

Job 40:6-7 Then answered the LORD unto Job out of the whirlwind, and said, Gird up thy loins now like a man: I will demand of thee, and declare thou unto me.

The Storm hit and it hit hard, but in the end we know that Job received a blessing multiplied (Job 42:12-13).

So let’s fast forward to the New Testament at Pentecost. How does the Holy Spirit arrive? Well, as a Mighty Rushing Wind of course! Isn’t this exciting? God really is a Storm. Let’s take a closer look at what happened here…

Acts 2:1-3 And when the day of Pentecost was fully come, they were all with one accord in one place. And suddenly there came a sound from heaven as of a rushing mighty wind, and it filled all the house where they were sitting. And there appeared unto them cloven tongues like as of fire, and it sat upon each of them.

Now that’s a great way to make an appearance! With great wonder and power! Praise ye the Lord!

Friends, you may be telling God about how big life’s storms are, but the truth is we have a Bigger Storm on our side. A Storm of Storms! A Storm with power over all other storms. So don’t let life’s worries and cares get the better of you. Just take a deep breath and ride the Storm of Life which is God the Father, Son and Holy Spirit. Thank you for reading and God bless.

What are some issues you are facing that you can give over to the Storm?

Joel M. Bauer is a 45-year-old U.S. Army Veteran from Dunn, NC, which is just outside of Raleigh. After being honorably discharged from the U.S. Army, he attended school at Taylor University, a Christian liberal arts school, in Fort Wayne, IN, where he received his BS in social work and psychology. He has worked in such places as a homeless shelter, a community based treatment center for severe mental illnesses, a school for troubled students, and other social service agencies. His current endeavor is to build The Bottom Line website into a site that inspires both Christians and non-Christians alike, and brings glory to God.
Previous Don’t Let Satan Stop You
Next How to Recognize Demonic Manifestations