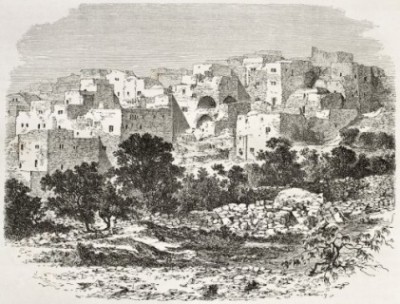 My Jesus Journey (Pt. 3) Is Location Really Everything?

As I continued to read  Matthew’s reflections about his dear friend, Jesus, he gave me some insight into the circumstances surrounding Jesus’ birth place.  His address was Bethlehem of Judaea under the rule of King Herod.  While still a baby, Jesus was pronounced a Governor who would rule Israel and called King of the Jews.  Herod, jealous and insecure, got wind of  it.  He aimed to get to this baby who threatened his position, even at such a young age.  Murder was on the evil king’s mind.  He wanted no one to have a chance to pledge allegiance to this new threat to his rule and reign.

But Jesus’ heavenly Father was watching over His son, protecting and directing, even though Jesus wasn’t able to understand.  After the departure of royal visitors from the orient, God prompted Joseph, Jesus’ earthly father, to take the child and His mother away – quickly, immediately – to Egypt.  God then instructed those royal visitors to ignore King Herod’s invitation to return to him with news of this special baby.   God did not want them to reveal His son’s location.  At this point in time, Jesus would had to have been somewhere between nine months and one and a half years old.  It wasn’t until after Herod’s death, that Joseph received guidance from God to relocate his small family to Nazareth of Galilee.  Now if you don’t know, Nazareth was one of the most insignificant towns around the region.  It was Jesus’ boyhood home – where He lived, learned, and grew physically and in favor with His father, God, and the people around Him.

Maybe you lived (or live)  in a negative place or situation and you felt like it was a detriment to you.  But, location isn’t everything; it is just one thing.  God wants you to make your difference right where you are.  Realize that Jesus was born in just the right place, under just the right wicked ruler, and then grew up in just the right insignificant small town.  God had a plan for Jesus.  God has a plan for you.  Jesus was protected to fulfill His purpose in God’s awesome scheme of things, and, my friend, so are you.  You may be just as unaware of God’s hand of protection upon you as Jesus was, but that doesn’t make His protection of you any less a fact.  You, too,  can live, learn, and grow right where you are planted.  Jesus didn’t travel very far from His birthplace, but His impact was felt world-wide.  Are you taking advantage of your moments?  You have a destiny to fulfill and you are right where God purposefully placed you.  Rise up to your royal potential, regardless of your location.  Jesus did, so can you.

I just love walking outdoors - day or night. I identify most with the creative side of God and am energized by His artistry all around this world. He amazes me every time I turn around! Yeah, God and thank you, Jesus.
Previous Modesty Part II: A Lustless Prince is More Charming
Next Being Rooted and Grounded in Christ