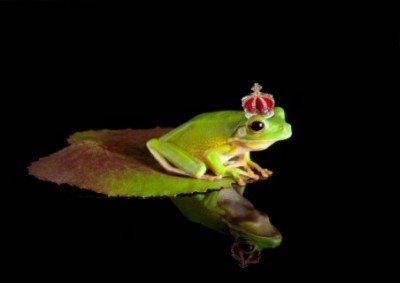 When I was in college, I shared a dormitory floor with a variety of personalities from bold and brash to shy and intimidated. My personality fell into the spectrum of quiet and introverted, so for little small town Iowa me to venture out into the world of bigger town college social norms, it was a definitely a fish out of water experience.

I remember seeing girls who came across as innocent, dress in a scandalous fashion the moment the sun went down. Some girls would dress this way whether the lights were on or not.

However, what I noticed most was the way that the guys would look at these girls. It was as if they were a juicy piece of meat ready to be devoured. Some guys would linger their eyes a bit longer while others would pursue their catch. You may be asking, “Why should I care about what you witnessed in college because that’s just how college life is.” My purpose is this. In my last article, I spoke to you about dressing in a modest way so that your future Prince Charming does not have to share the visual footprint you may have left for everyone else. What I want you to see is that there are two sides to everything, and this includes modesty.

Imagine for a moment, you and your Prince, after dating for several months, decide to get married. You seem to know everything about each other. How many kids you desire, where you want to live, where you stand on finances, church, and politics in general. You appear to have it all figured out except when the topic of former relationships is brought up one day while you are out on a date with a group of friends. During the date, a few names of former girlfriends are mentioned and as each name is called out, you notice how quickly your fiancé is drawn down memory lane commenting about each girl as their name is spoken. “Angie, oh man, she was one to turn your eye quick with the candy she wore.”….”Samantha. All I can say boys is that you could never move past her upper half since everything was focused on one direction.”…As the names and comments continue, your cheeks begin to flush and a temper begins to rise inside. How could he! Does he not even know that I am here? Does he even love me for me or is it just my physical beauty he loves? Will I become just another name in his book of physical attractions?

Now, I am not saying that every guy is like this because there are exceptions to every rule. What I am saying is that men are without a doubt more visually drawn than women. Their brains have the ability to absorb an image and recall the same vivid image years later in full detail.

So, how does this pertain to you? Well, stop and think about what you are wearing before you anywhere. Are you wearing something that may be placing a future husband in jeopardy of his marriage because your image will not go away? Or worse yet, are you leaving an imprint in his mind that may cause him to linger or fixate himself on your mental photo instead of his own wife’s leading him down a path of a potential adulterous relationship?

Ladies, this all may sound crazy, but if it wasn’t true, I would not be writing to you of it’s importance to notice. God calls men to make a covenant with their “eyes not to look lustfully at young women.” (John 31:1) Wouldn’t you want your own Prince to do the same?

is an author and editor for The Bottom Line Ministries as well as a member of Faith Writers. Currently she teaches high school language arts. She is a mom to four amazing blessings and enjoys every moment life has to offer. Renee has a fervor and drive to learn, she loves to read and spend time with her family, and is involved with her local church ministries. Humbled by God’s gift of words, she has a passion to write what the Holy Spirit has placed in her heart. She hopes to publish her in-progress book someday, but in the meantime, is honored to be placed as part of the TBL writing family and is holding on to the ride wherever God is leading. Renee and her family reside in their country home in Holland, Iowa.
Previous We Need to Stir up our Gifts Without Fear
Next My Jesus Journey (Pt. 3) Is Location Really Everything?