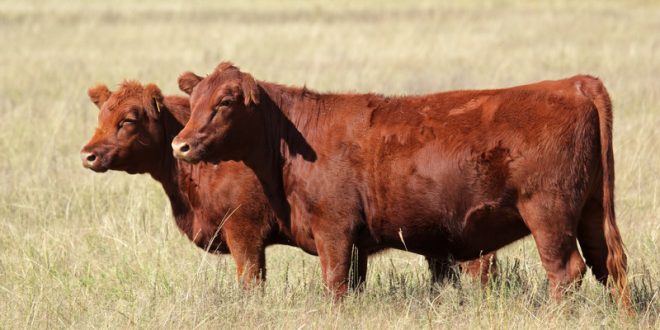 News on the Construction of the Third Jewish Temple

In a news report Rabbi Hillel Weiss, spokesman for the Sanhedrin, remarked, “We are poised to rebuild the temple…” (Prophecy News Watch, Feb. 2017) . With all of the news pouring out of the Middle East and Israel, very little is said about the rebuilding of the third Jewish temple. This has both political and religious relevance to our times. It is not only a source of excitement for the Jews, but also plays a major role in the minds of anyone who connects biblical prophecy with current events. So, here is some of the latest news from a variety of sources.

Rabbi Chaim Richman, the Temple Institute International Director, has given “a strong vote of confidence for those who advocate Jews move forward in the endeavor…”  The Temple Institute is an organization and community of Jews that is engaged in preparation for a return to temple service and sacrifices. Chairman of the temple movement, Yaakov Hayman, a professional project manager, believes it will happen as a natural process if enough Jews go to the Temple Mount to pray. However, Mark Blitz of blood moons fame, believes that “they don’t need some elaborate temple, they could start to do the sacrifices with a tent or some sort of makeshift tabernacle. It’s all very interesting and it’s all coming to a head” (Eliyahu Berkowitz, Breaking News Israel, Feb. 13, 2017).

Rabbi Weiss was quoted, “The only obstacle preventing the temple service today is the political issue” (BNI, Aug. 2016), but he continued by saying, “The political condition today, in which the two most important national leaders in the world support the Jewish right to Jerusalem as their spiritual inheritance is historically unprecedented.” The Sanhedrin reportedly wrote letters to both Putin and Trump asking for their help in building the temple. Putin visited the Western Wall in 2012 and “allegedly disclosed that he was personally praying for the rebuilding of the temple.”  An article in Prophecy News Watch asked the question, “Could President Trump’s strong pro-Israel stand be the game-changer which could help lay the groundwork? In the view of the temple movement Trump “is a modern political leader with the guts and determination to stand behind such a project” (PNW, 2017). Along with this, it is interesting that Trump has experience as a real estate developer.

So much for the physical building. How about the service and sacrifices? One of the key components in this is unblemished cows. The Jerusalem Post reported in July of 2015 that “the Temple Institute…has recently partnered with an Israeli cattleman to raise a red heifer, a cow suitable for use in important temple rituals as described by the Torah.” The cows are being produced by a rancher…implanting frozen embryos of Red Angus cattle in Israeli domestic cattle.”  The Temple Institute stated, “Make no mistake, this project is no less than…a prerequisite for the building of the third temple.”

One can’t really sacrifice without an altar. Leo Hohmann of WND reported in March of 2015 that the altar of the Lord has been reconstructed and ready to go. “The altar is the last major component needed for the long-obstructed sacrifices to resume in a future Jewish temple.”

Priestly garments have also been finished, for which the Levites have been fitted. Members of the priestly family are being trained for services. Sacred vessels have been completed. The Sanhedrin in 2016 asked a prominent rabbi to be the next High Priest, but he declined.

Several passages of the Bible mention a rebuilt temple as part of end times prophecy. One such passage is Revelation 11:1-2.  John, the Revelator, records, “…Rise and measure the temple of God, and the altar, and those who worship in it, and leave out the court which is outside the temple…”  Two other passages are worthy of note:

In II Thessalonians 2:3-4 it says that “the man of lawlessness…takes his seat in the temple of God, displaying himself as being God.” Daniel 9:27 mentions “putting a stop to sacrifice.” The majority of prophecy scholars believe that both of these verses refer to the anti-Christ seizing control of a future Jewish temple.

A big question that has often been asked is how can the temple be built with the Dome of the Rock and the Al-Aqsa Mosque in the same location? I believe that Revelation 11:2 gives us a hint. “And leave out the court which is outside the temple and do not measure it, for it has been given to the nations, and they will tread under foot the holy city for forty-two months.”

In the final analysis God is in control of the timing. He can override all political and religious obstacles. The temple will be rebuilt. The stage is set. The Jews know it, and they are making all the necessary preparations. It will also be rebuilt because it is a key piece in God’s prophetic puzzle.

In what ways do you think the “readiness” of the temple is an indication of how close we are to the Tribulation Period?

John Livingston Clark is 67 years of age and lives in central Washington State. He has written two published books, and two published poems. His initial book is called, " God's Healing Hope: Breaking the Strongholds of Wrong Thinking." His second book, released in December of 2016, is a motivational book written to seniors titled, " Seniors: Are You Retiring or Recharging?" Both books are available on amazon. You can also view his writings on www.faithwriters.com. John is available to speak on a variety of topics. Visit me at jclarkministries.com
Previous God’s Most Basic Gifts Under Attack
Next Simplicity Lost! (part 1)