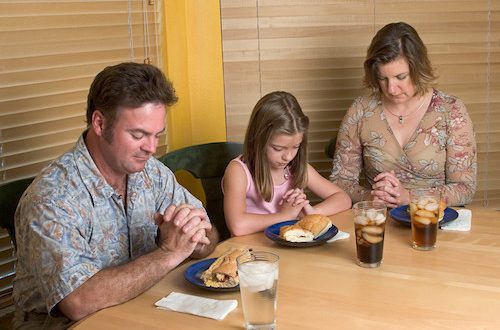 God’s Most Basic Gifts Under Attack

In the west, there are three fundamental and precious gifts from God that are heavily under attack. These three gifts are integral to one’s identity. They are:

Have you ever considered that your race is a gift from God? It was uniquely chosen by Him from before the foundations of the earth. He knew what your features would look like (Psalm 139:15) and the family lineage from which you would come. All of it is part of your inheritance. Scripture says that “every family in heaven and on the earth derives its name from Christ” (Eph 3:15).

It’s become popular to disparage “old white guys.” Professor Noel Ignatiev, a tenured professor at Massachusetts College, who is himself an “old white guy,” said to his class on his last day of teaching:

“If you are a white male, you don’t deserve to live. You are a cancer, you’re a disease, white males have never contributed anything positive to the world! They only murder, exploit and oppress non-whites! At least a white woman can have sex with a black man and make a brown baby but what can a white male do? He’s good for nothing.”

This sounds like something right out of the Third Reich, and while it may be the extreme end, make no mistake that this guy is just manifesting Satan’s ultimate agenda a little more than the plethora of others sneering at white males.

It is wrong to make self-deprecating remarks or disparaging remarks about any race, because your race is a gift from God.

Likewise, those who spurn their gender and its function (Romans 1:26-27) come against a God-given gift. God purposed for us to be male and female, in His image (Genesis 1:27, Matthew 19:4) and refusing your gender is to come against His purposes.

I have a friend who describes himself as transgender. I’ve known him all his life and stayed in touch with him throughout his college and grad school years. I’m also close friends with his mother. I know some things of his emotional wounds, his mental illness, and I watched a pattern of descent over the years, both spiritually and psychologically, that rendered a healthy, Spirit-filled, brilliant man with an exciting career ahead of him to a place in which he became first deceived, then depressed, and finally at the point where he could hardly get out of bed because of anxiety.

I love this young man too dearly to enable and celebrate his mental illness and cross-dressing, knowing that deep inside of him, he’s dying. I lift him up regularly and earnestly to the Father because there is a destiny on his life and the enemy has come to steal, kill, and destroy it! (John 10:10).

The attack on gender identity is closely related to the massacre on the family. The family has been under assault for decades. Family is God’s design for stability and nurturing, and the family is the nucleus of society. When the family crumbles, society begins to crumble as well.

Fathers are society’s pillars. Gone are the days of Father Knows Best and Make Room for Daddy – one need only look at popular sitcoms to see how fathers are portrayed today: the whining man-child, the bumbling dolt.

“The “patriotic” and “heroic” images of working-class fathers — i.e., the men who rebuilt America after the Great Depression and World War II — have been replaced by images of immature buffoons and schemers who need constant rescuing from their competent wives,” says Cheryl Wetzstein in a 2015 Washington Times article.

All of these attacks are by design. They are part social engineering, striking at the identity of the individual. Lesbian journalist Masha Gessen candidly admitted that the whole “gay marriage” push was a lie. She said it wasn’t about equality or love so much as it was about restructuring the family unit by destroying the nuclear (father-mother) family. “Marriage as an institution shouldn’t exist at all,” she said to loud applause.

We as the church have the light and the truth. We also have the supernatural power of the Holy Spirit at work in us. Therefore we should be encouraged that our words, our wisdom, and our prayers directed at individuals and our communities have an impact. We are not powerless in the face of the enemy’s attack!

The question is, Are you willing to speak the truth in love and draw enemy fire for doing so? Where and on what issue will you take your stand?

Emily Tomko's radical encounter with the Lord while at a nightclub changed her life forever and inspired her first novel, College Bound: A Pursuit of Freedom. She is the author of seven books, including 31 Thoughts on Prophecy and Leaving the Shallows: igniting the faith that overcomes the world. Her tastes tend toward vintage and she's a Germanophile, having spent a year in Bremen and Nuremberg. Emily loves the scriptures and writes with fierce compassion and a deep desire to see people freed from the miry clay of this world and walking in the truth.
Previous The Power of Prayer
Next News on the Construction of the Third Jewish Temple