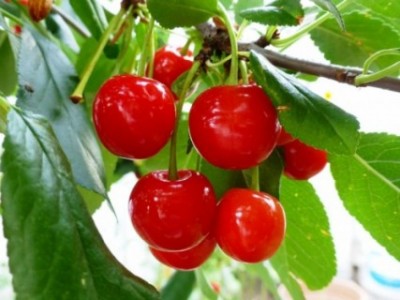 I bet you have heard that phrase more than once!  In the conversations that I have listened to, it seems someone is trying to cut themselves some slack for walking that fine line between right and wrong.  “Well,” they say,  “I have believed in Jesus for a really long time and since I believe, then I am going to heaven.  It doesn’t matter what kind of behavior I display or whether I represent Jesus well.”  In the Parable of the Sower, it seems to me that Jesus takes a different view of the issue.

In Luke 8:5-15,  Jesus spoke to His Jewish listeners of the seed that fell by the wayside where it was trampled on and eaten by the birds.  He then reported that some seed fell among the rocks where it quickly sprang up but withered for lack of moisture.  He told of the seeds landing among thorns where those seeds were able to get a good start, but were over-run and choked out by the intrusive  thorns.  Lastly, He relayed the fate of the seeds that fell in good ground… they were able to take root, grow up, and ultimately bear various amounts of fruit.  At that point, He walked away leaving the large group frustrated and wondering about the meaning of the story.  Jesus’ disciples decided to ask for an explanation because they, too, were puzzled.

Jesus obliged His disciples by willingly explaining the meaning of the story.  The seed represents the Word of God and the ground where it lands represents the heart-condition of the hearer.  The fruit represents the process of believing “unto salvation”, to the point of maturity in Christ, thereby yielding an outflow from one’s life that looks like Jesus.   The seeds on the wayside are quickly grabbed out of the heart of the hearer by the Devil so that the listener can’t believe and be saved.  Seeds falling in the rocks bring immediate, joyful belief that only lasts until temptation overpowers it.  Seeds falling among thorns begin to grow into real belief but are eventually overcome by  cares, riches, and the pleasures of this life.  The growing belief never results in mature fruit in the person’s life.  The seed that falls into good ground produces a strong, vibrant belief that, with patience, produces a mature belief (resulting in salvation) that is not able to be stolen away or overcome by outside influences.  The first three seed locations did not produce growth resulting in a mature plant that brings forth fruit.  The last seed took root, grew, and, in its time, produced a significant yield.

I believe the essence of this parable is that most have the opportunity to believe in Jesus and His teachings…as well as stop to believing or forgetting to believe.  Once we have grown in our belief to the point of asking for salvation (Romans 10:9), then we have grown to the point of consistently yielding the righteous fruit Jesus longs to see from us.  So the saying “once saved, always saved” is true based on John 10:29.  But “once believing, always believing” is not true based on the Parable of the Sower.  Jesus requires us to produce fruit that looks like Him to put claim to our salvation.

Do you agree with my conclusions?

I just love walking outdoors - day or night. I identify most with the creative side of God and am energized by His artistry all around this world. He amazes me every time I turn around! Yeah, God and thank you, Jesus.
Previous Why Engage in War?
Next Fear Not and Do Not Be Afraid