Overcoming Passivity and Control in Marriage

In the previous article, “Understanding Relationships Through Adam and Eve” we discussed how the first man and woman were created. To recap, Adam and Eve were created in very different ways and for different purposes. We also learned that it was by God’s design and perfect timing that He presented Adam with his suitable “helpmeet,” that is, Eve.

Now let’s discuss the strengths and weaknesses we can see from Adam and Eve.

Adam was instructed by God to be in charge of the garden–given the responsibility to tend the land and name the creatures. He was also given the command to not eat from the Tree of the Knowledge of Good and Evil before Eve ever entered the scene. (Genesis 2: 15-16) By this we can see, Adam was given the position of leadership and great authority. It is also evident that he (along with all men) are supplied with a greater sense of physical strength.

When Eve was created out of Adam and FOR Adam, she was given the role to be his suitable helper. His number one supporter, encourager and life-giving companion. Unlike Adam, the strength of a woman is primarily in her tender heart and captivating beauty.

“When the woman saw that the fruit of the tree was good for food and pleasing to the eye, and also desirable for gaining wisdom, she took some and ate it. she also gave some to her husband, who was with her, and he ate it” (Genesis 2:6-7).

When we dissect the scene of the first sin we can see that it happened due to a role reversal. Eve was deceived by the serpent and took matters into her own hands and was the first to eat of the fruit. We can conclude from the description of how it happened, that Eve’s demise came as a result of her desire to CONTROL. What’s important to notice, however is that her husband, Adam, was right with her as it all went down and he sat and watched it happen with no intervention. Adam’s downfall resulted in forfeiting his strength and leadership authority by way of PASSIVITY.

How often do we see this same scene take place in our everyday lives: Women fail to submit to their husband’s leadership and authority and men fail to use their strength and leadership to protect?

The sin of Eve (desire for control) combined with the sin of Adam (passivity) may in fact be the #1 cause for discontentment, divide, resentment and even divorce in our world today.

As I grow in Christ, I am coming to understand the strengths and weaknesses of our first father and mother, and drawing in closer to the heart of God to understand His intentions when He created man and woman. I can say that I have matured in my understanding and am learning to let go of my desire for control in preparation to submit to the leadership of the man God is developing me to marry.

As hard as it can be for women to submit to their men, I can say that most women I know crave relationships with men who are spiritually mature and embrace their God-given leadership roles.

“As the heavens are higher than the earth, so are my ways higher than your ways and my thoughts than your thoughts” (Isaiah 55:9).

Arizona native, Heather Ferroni is a Certified Christian Life Coach and founder of Raised to Life Ministries. After being delivered from a dysfunctional relationship, the Lord grabbed a hold of her heart and placed a great mission on her life: To encourage and equip women to embrace their identity in Christ so that they will experience vibrant God-anointed relationships." Heather writes for The Bottom line on the topic of Dating and Relationships and also shares her passion for the Lord on her blog at www.RaisedtoLife.com as well as encouraging YouTube videos.
Previous Cheerleader with Severe Brain Injury has Miracle Healing
Next In The Darkness There Is Light 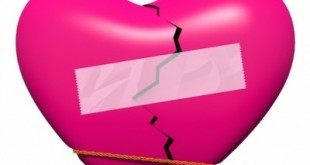 There is no fear in love. But perfect love drives out fear, because fear has ...