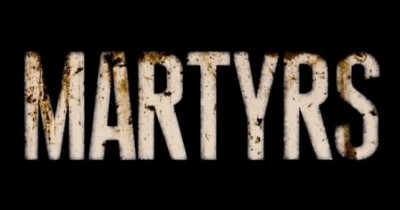 Pastor Saeed Abedini is a U.S. citizen who has spent three years imprisoned in Iran for his Christian faith. He was arrested September 26, 2012 because the Iranian government thought his Christian activities were a threat to national security. For his 35th birthday on the National Day of Prayer this year, Pastor Saeed’s wish was not focused on him but for America. He wrote a letter that he wanted to be read by all Christians in America for the National Day of Prayer.

Greetings in the name of the Lord and Savior Jesus Christ,

I have been aware that the National Day of Prayer (May 7) falls on my birthday this year! As an American and as a prisoner for Christ I have spent many hours praying and crying out to God for revival for this great nation. We all hope for the success of our nation and for America to be blessed, but without revival there can be no true success or blessing. As Ezra cried out to God in repentance and the Israelites joined him in weeping bitterly and turning from their sin, I would like to ask you to join me in repenting and revival. Me from inside of these prison walls and you on the outside.

“Now while Ezra was praying, and while he was confessing, weeping, and bowing down before the house of God, a very large assembly of men, women, and children gathered to him from Israel; for the people wept very bitterly.” Ezra 10:1

*This is a portion of his letter. Please finish reading Pastor Saeed’s letter.

According to Pastor Saeed’s Facebook post from May 6, he said, “that since he has written the letter about the National Day of Prayer he has experienced great spiritual warfare inside the prison.” He has asked for prayers for his protection. Pastor Saeed has faced unimaginable torture while imprisoned.

Iranian prison guards have reportedly given him a warning: deny Jesus Christ and return to Islam or stay imprisoned for life. Abedini was convicted on January 27, 2013 and convicted to eight years in prison, however Iranian authorities are threatening to extend that prison sentence. His lawyers reported that this has been done to other Christian prisoners in the past.

As the Apostle Paul wrote in prison, “For the sake of Christ, then, I am content with weaknesses, insults, hardships, persecutions, and calamities. For when I am weak, then I am strong.” 2 Corinthians 12:10. I truly believe Pastor Saeed has this great faith as well.

Ways you can help Pastor Saeed:

Hearing about Pastor Saeed’s condition, will you find a way to help? If so, what can you do? Perhaps just forwarding this article to all your friends and family to spread awareness, or maybe you can include him and his family in your prayers? Thank you and may we remember all the persecuted Christians in the world by taking time to pray for them.

Stephanie has a heart and passion to see broken lives restored and redeemed through Jesus Christ. She writes through her personal experiences and her educational and professional background. She has over 17 years experience in counseling, and has a Master's degree in Social Work, Bachelor's degree in Psychology, and is a Licensed Belief Therapist. Stephanie has been married for 16 years,and has one grown son. Stephanie's desire through her writings is to bring hope and encouragement to the body of Christ, that no matter what you have been though or going through, there is restoration and redemption through Jesus Christ.
@Stephrreck
Previous American Idol Set to End After 13 Years
Next Homeschooling With Pizazz – Fun For Even Just One