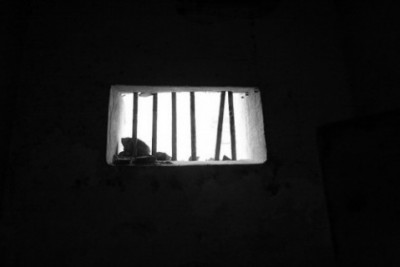 Asia is a Pakistani Christian and mother of five who was convicted of blasphemy by a Pakistani court receiving a sentence of death by hanging. In June 2009, Bibi was involved in an argument with a group of Muslim women. She was accused of insulting Muhammad by asking the Muslim women what he had done for them. She was arrested and imprisoned November 2010. She was beaten severely by this militant group and her life was threatened before her imprisonment.

The Pakistani Lahore High Court rejected her appeal against the sentence passed by a lower court. Her lawyers have concluded that they are taking her case to the Supreme Court. She is the first woman sentenced to death by hanging under Pakistani Sharia blasphemy laws.

Blasphemy is a capital offense in Pakistan-it often provokes violent attacks including murder.

Asia’s family has been in hiding for nearly five years. The entire family continues to be a target against threats for their lives. Ashiq Massih, Bibi’s husband and their family have been on the run since her arrest for fear their lives will be taken.

I began following this case several years ago, but recently she has resurfaced again in the news for her ailing health. Asia is having internal bleeding, having difficulty walking, and she is throwing up blood. She is also having pain in her chest and difficulty with eating. Bibi’s lawyers are trying to get her medical care, and have her transferred to another prison.

Currently, Pakistan’s highest court is reviewing an appeal of Bibi’s sentence to death, the final step before the sentence can be carried out. Christians in Pakistani continue to support Bibi, and leaders are continuing to call on authorities to reverses the decision. Meriam Ibrahim, a Christian woman who has been released from a death sentence in Sudan because the world spoke out against that travesty. Ibrahim had so many supporters that called out for her release that eventually she was freed. Maybe it is possible that the same can happen for Bibi.

There are ways that you can help. Let us continue to speak out for the ones who cannot and continue to pray for Asia Bibi’s release. Prayer is one of the most effective weapons against this atrocity, signing a petition for her release, and even writing her a letter to encourage her.

What ways can you help Asia Bibi? Prayer, letter of encouragement, etc. Please share your prayers here so that others can come along with you in agreement. Let us not forget the ones who are bound in prison and are being persecuted for their faith.

Our hearts our grieved for Asia and her family. Father God would you bring her your comfort today. Please send angels to her prison cell to guard her and minister to her. Send medical help to her and may you heal every aliment coming against her body. Please protect her husband and children. Surround them with your angels and bring them to safety. Jesus we are asking for her release soon. Please Father here our prayers. In Jesus mighty name, amen.

Stephanie has a heart and passion to see broken lives restored and redeemed through Jesus Christ. She writes through her personal experiences and her educational and professional background. She has over 17 years experience in counseling, and has a Master's degree in Social Work, Bachelor's degree in Psychology, and is a Licensed Belief Therapist. Stephanie has been married for 16 years,and has one grown son. Stephanie's desire through her writings is to bring hope and encouragement to the body of Christ, that no matter what you have been though or going through, there is restoration and redemption through Jesus Christ.
@Stephrreck
Previous Learning About Jesus From the Words of Our Children
Next This Just In: The Film Version of “The Shack” Enters Production