Breaking News
Home / Entertainment / This Just In: The Film Version of “The Shack” Enters Production 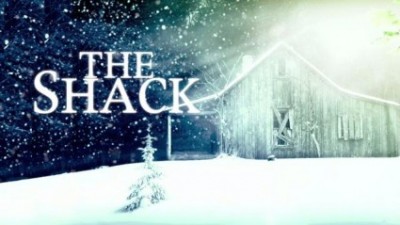 This Just In: The Film Version of “The Shack” Enters Production

Rumors began in early 2014, but Christian Retailing reported yesterday that on June 10, principle photography began on the mega-best-seller The Shack, in Vancouver, Canada. Lionsgate will be producing the film, and at this time, no scheduled release date is set.

The Shack, is based on the best-selling book of the same name by William P. Young. The book was released in 2007 as a work of fiction, and was a hotly debated topic among Christian groups. The story follows a man whose seven-year-old daughter was abducted during a family trip and believed to have been brutally murdered. Four years later, the man receives a note, allegedly from God, inviting him back to the shack (where his daughter was presumably murdered) to which he reluctantly obliges. There he encounters God in three forms: God, Jesus and the Holy Spirit and his life is forever changed.

The primary criticism among Christian circles has been the loose portrayal of God’s character. However, it should be noted, that the author never positioned the book as a factual, biblical testimony. Rather, he presents a fictional, thought-provoking portrayal of God that begs the reader to dig deeper. One of my favorite lines from the book is when God says:

“The problem is that many folks try to grasp some sense of who I am by taking the best version of themselves and projecting that to the nth degree, factoring in all the goodness they can perceive which often isn’t much, and then call that God. And while it may seem like a noble effort, it falls pitifully short of who I really am. I’m not merely the best version of you that you can think of. I am far more than that, above and beyond all that you can ask or think.” (emphasis mine)

My jaw dropped when I read this line. Though the characters are fictional and the content by no means presented as biblical truth, this line alone challenged my perception of Christ and challenged how I have perceived God and all His intricate parts. I realized in that moment, that by projecting my own standards onto God, I (in essence) was worshipping a perfected version of myself.  The book was eye-opening.

Regardless of the criticism it has received, the author unveils a challenging, moving and intriguing representation of God and confronts the perceived notions we have about God, Christ and the Holy Spirit.

My hope and prayer is that this movie does the book justice.

The Shack, which was self-published originally, has sold more than 19 million copies around the globe and has been translated into 39 languages.

What is your opinion of The Shack? Are you excited to see it come to theaters?

is a freelance writer and contract copywriter who lives in the seacoast region of New Hampshire with her husband, Eric-Thomas,of five years. She currently serves alongside her mother as the Marketing Director for God’s Girls Christian Store and More, a online retail store serving the southern New England region. Her work has been featured in several print and online publications, and she is the recipient of two Faithwriters’ Editors Choice Awards for her short stories, which are scheduled for publication in the Mixed Blessings series. Her first book, Fragile: 30 Days of Hope for the Anxious Heart, is now available at samanthaarroyo.com. She can be reached at [email protected].
Previous Persecuted Pakistani Christian Asia Bibi Needs Our Prayers
Next Elisabeth Elliot: Learning from a Life of Faith