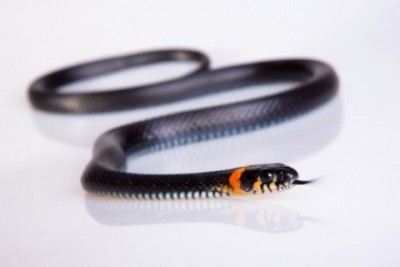 We know that we are in a spiritual battle, and that our enemy is real. We must not fear the devil, but neither must we be ignorant of his schemes.

Jesus said this about the devil: “The thief does not come except to steal, and to kill, and to destroy” (John 10:10). Notice that the only reason Satan will come to you is to steal, kill, or destroy. His single motivation is our destruction.

But when Satan comes to us, he does not show his true colors. Who would follow the devil if he came and said, “Follow me…I want to destroy your life…I want to rob you, kill you, and bring destruction to you”? No, when the enemy comes to you or me, he employs his primary weapon: deception.

Revelation 12:9 gives this description of Satan: “So the great dragon was cast out, that serpent of old, called the Devil and Satan, who deceives the whole world; he was cast to the earth, and his angels were cast out with him.” He is the “serpent of old”—the one who came to Adam and Eve to deceive them into turning against God and eating from the wrong tree. He is described as the one who “deceives the whole world.”

While the devil’s primary motive is destruction, his primary method is deception.

He deceives by counterfeiting the true work of the Holy Spirit with lying signs and wonders (see 2 Thessalonians 2:9-10). He deceives by dressing up as a wolf in sheep’s clothing (see Matthew 7:15). He deceives by whispering lies, planting them at just the right time so as to sound reasonable (see John 8:44). He deceives by appearing as an angel of light or a minister of righteousness (see 2 Corinthians 11:13-15).

Satan lures people into his schemes with offers of pleasure and power. But it always comes at the highest price. Only when people are deep into his trap do they begin to see his true colors.

Since Satan is the great deceiver, we must be on guard against how he may come to mislead us. We must learn to recognize his sometimes subtle voice, and learn to stand against his deceptive lies. In my next article, I will cover two primary keys to overcoming the devil’s deception!

Jake Kail is a teacher, author, and speaker who is passionate for the kingdom of God. He was called into ministry during his college years, after a life-changing encounter with God. The focus of his ministry is on teaching and equipping believers, strengthening local churches, and seeing awakening and restoration come to the church. He also ministers often in the area of deliverance from evil spirits, seeing people set free from bondage, torment, and oppression. Jake is the author of three books: Restoring the Ministry of Jesus, Can a Christian Have a Demon?, and Abiding in the Vine. He speaks at churches, retreats, conferences, and other venues. Jake lives with his wife and family in Lancaster, PA where he serves on the pastoral team at Threshold Church. Check out Jake’s website and blog here: http://www.jakekail.com.
Previous The Codependent Christian
Next Exercise & Sex