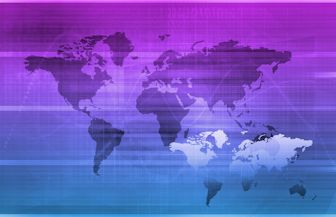 There is a lot of controversy these days about whether or not the Bible is accurate because of some bold “scientific” claims. I’m not here to fight with people about whether or not they want to believe they are related to the caged chimpanzees at the local zoo. If you really want to believe they’re you’re distant cousins, then I’m probably not going to convince you otherwise. However, I do believe I am a being created by God with a purpose. I also believe that God gave mankind the Holy Bible as a framework for understanding life. So let’s take some time to see what scientific tidbits we can pull from the Holy Bible that would establish it as a solid framework for our understanding of modern day science.

Jeremiah 33:22 As the host of heaven cannot be numbered, neither the sand of the sea measured: so will I multiply the seed of David my servant, and the Levites that minister unto me.

At the time this scripture was written, it was believed that there were just over a thousand stars in the sky. However, with today’s technology we now know that the Holy Bible was right on. As Jeremiah states, the stars cannot be numbered. Even with the most advanced technology of today, the Holy Bible still rings true in that we cannot number the stars.

Free Float of the Earth

Job 26:7 He stretcheth out the north over the empty place, and hangeth the earth upon nothing.

Long, long ago people used to hold to the myth that the earth sat on a giant tortoise, an elephant, or a serpent; depending on the civilization and its mythology. However, The Holy Bible clearly states in Job that God hangs the earth on nothing. No giant tortoise, no elephant, and no serpent. The holy men of back in those days did not adhere to such silly beliefs and we know now that they were right. How could they have known? Well, of course by divine revelation from God.

Blood is Crucial to Life

When Leviticus was written, God established various laws and customs for the good of the people. However, there were also pagans that had their own laws and customs. One such practice of the pagans was to bleed those who were sick. In turn, this led to the death of many people, who simply died due to loss of blood. We now know that blood is crucial to life and even contains billions of cells necessary for healing and maintenance within the human body.

Use Running Water to Clean Yourself

Lev. 15:13 And when he that hath an issue is cleansed of his issue; then he shall number to himself seven days for his cleansing, and wash his clothes, and bathe his flesh in running water, and shall be clean.

Again, this is another matter of laws and customs. God’s people were told to bathe in running water for cleansing, whereas the heathen would bathe or wash their hands in still water. We know in this day and age that the Holy Bible got it right. Running water is necessary to cleanse us of any disease that may be present.

Friends, the Holy Bible wasn’t written to be a science book, but it does contain many irrefutable scientific facts that could only have been revealed by our Divine Creator. I mentioned a few of them, but I would encourage you to explore this matter even further. Many scientists have used the Holy Bible as a source for making new discoveries, and I’m certain that this will be a continuing trend. Remember, the Bible is a book of Truth and that the Truth will set us free. Thank you for reading and God bless.

Joel M. Bauer is a 45-year-old U.S. Army Veteran from Dunn, NC, which is just outside of Raleigh. After being honorably discharged from the U.S. Army, he attended school at Taylor University, a Christian liberal arts school, in Fort Wayne, IN, where he received his BS in social work and psychology. He has worked in such places as a homeless shelter, a community based treatment center for severe mental illnesses, a school for troubled students, and other social service agencies. His current endeavor is to build The Bottom Line website into a site that inspires both Christians and non-Christians alike, and brings glory to God.
Previous Homemade Smoothies
Next Parenting Teens In A Digital World