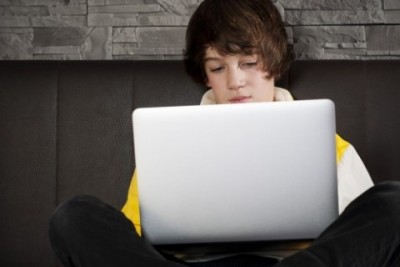 Parenting Teens In A Digital World

Navigating the Internet seems merely impossible these days to not pass by some type of sexually illicit image pointing you in the direction of wanting to see more. In addition, advertising has now ramped up it’s abilities to track your online footprint which means, if you have ever clicked on one of those pornographic images, chances are that they will not go away. Instead, they may increase with each site that you visit.

Parenting teens these days is an entirely new beast compared to even a year ago. Issues that were taboo back in the ‘Good old days’ must now be addressed in the open, and one of the most common hidden secrets of teenagers is their addiction to online pornography.   Since the subject area does not lend itself to being a dinner topic to discuss, parents must be sensitive to the issue whether they believe a problem has already occurred, or as a preventative measure.

If a parent suspects that their child may have an addiction to pornography, approaching the subject with caution is required. “In many situations, the first reaction is to determine who is to blame within the family. It is important to realize, however, that bad things still happen to good families.”(Focus on the Family) Getting to the root of the issue is so important. “Parents will need to remind themselves that they are often prone to minimizing what they know or suspect to be the truth.” (Focus on the Family) If all of the information is presented up front, then the teenager is more likely to get the help that they need to overcome their struggle.

“Parents also need to realize the resistance they will encounter from their teen. Most addicts, regardless of age, will deny their struggle.” (Focus on the Family) Since pornography is such as sensitive issue, “…it’s to be expected that everyone will feel awkward, maybe even embarrassed. Regardless of the discomfort, however, when there is evidence of illicit sexual behavior and possible addiction, parents have to take the lead.” (Focus on the Family)

“Getting caught hardly changes the heart” (Focus on the Family), therefore the issue must be handled in an appropriate way immediately. If the addiction is not dealt with, the teenager will continue to struggle the rest of their life, not just with pornography, but teens are more likely to experiment down other paths such as alcohol, drug, or even sexual abuse.

Although the subject area may seem taboo, as a parent, one must realize that their child, at some point in their young age will be exposed to inappropriate images whether online or even on T.V. Preparing their minds and heart on how to take action when the time comes will make them more likely to discuss the subject in the future. As much as what we want the images to go away, they are only going to exceed in number. Therefore, take action today to limit problems in the future.

Proverbs 5:20-21: For why should you, my son, be enraptured by an immoral woman, And be embraced in the arms of a seductress? For the ways of man are before the eyes of the Lord,

is an author and editor for The Bottom Line Ministries as well as a member of Faith Writers. Currently she teaches high school language arts. She is a mom to four amazing blessings and enjoys every moment life has to offer. Renee has a fervor and drive to learn, she loves to read and spend time with her family, and is involved with her local church ministries. Humbled by God’s gift of words, she has a passion to write what the Holy Spirit has placed in her heart. She hopes to publish her in-progress book someday, but in the meantime, is honored to be placed as part of the TBL writing family and is holding on to the ride wherever God is leading. Renee and her family reside in their country home in Holland, Iowa.
Previous Science and the Bible
Next God Loves Puppies & Kittens