Breaking News
Home / Faith / Search for Your Significance In God–You Are Somebody! 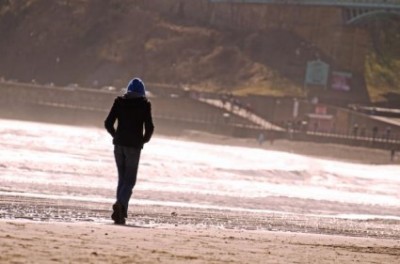 Search for Your Significance In God–You Are Somebody!

In II Kings five, we find the story of Naaman and his healing from the dreaded disease of leprosy. It is a fascinating story and probably one of the most familiar miracles of the Old Testament. And while there is much to glean from the miracle itself, I would like to look at the characters involved in the story, particularly the characters who were probably considered “nobodies.”

First off, let’s introduce the “somebodies” of the story: There is Naaman, of course, who is very much a somebody. Just look what the Bible has to say about him: Now Naaman, captain of the host of the king of Syria, was a great man with his master, and honourable, because by him the Lord had given deliverance unto Syria: he was also a mighty man in valour, but he was a leper (II Kings 5:1). Wow, that’s quite a list of credentials. Captain of the host. A great man. Honorable. A mighty man in valor. But notice the last phrase: “but he was a leper.” No matter how great and honorable and mighty he was, Naaman was a leper, and there was nothing he could do about it.

Then, we have Elisha, the well-known prophet of the time. Elisha had been busy serving God, working miracles and reaching out to the lost. He was hated by some but loved by many. And he was very popular, so much so that a maid in the house of Naaman spoke these words: “Would God my lord were with the prophet that is in Samaria! for he would recover him of his leprosy” (II Kings 5:3).

Two more “somebodies” in the story are the kings of Samaria and Israel. When Naaman heard tell of Elisha and his ability to work miracles, he besought the king of Samaria for advice and direction. The king of Samaria, also unable to do anything about Naaman’s plight, sent a letter and some treasure to the king of Israel, beseeching his help on Naaman’s behalf. The king of Israel, however, was greatly distressed by this plea for help because he did not have the power to heal Naaman either, and he feared that his inability to help would cause a war.

Four great men. All well-known. All powerful in their own ways. Yet they are not the integral characters in this story. Yes, we need Naaman. After all, it is his story and his illness, yet we must wonder if his story would have such a miraculous ending were it not for a group of nameless “nobodies” who acted in the background. Check it out:

And the Syrians had gone out by companies, and had brought away captive out of the land of Israel a little maid; and she waited on Naaman’s wife. And she said unto her mistress, ‘Would God my lord were with the prophet that is in Samaria! for he would recover him of his leprosy.’ And one went in, and told his lord, saying, ‘Thus and thus said the maid that is of the land of Israel’ (II Kings 5:2-4).

First off we have this little maid who confided in her mistress that she knew of a man who could heal her master. She didn’t have to say anything, but she did, and her message was carried by another unnamed servant unto Naaman himself.

And Elisha sent a messenger unto him, saying, ‘Go and wash in Jordan seven times, and thy flesh shall come again to thee, and thou shalt be clean’ (II Kings 5:10).

Next, we have Elisha’s messenger, whose name is omitted during this tale. Despite Naaman’s importance, Elisha didn’t go out to meet him but rather sent this unnamed servant to relay the means of healing to Naaman. Unfortunately, Naaman was not impressed with the messenger or the message. In fact, he was so angry that he was ready to give up on the entire thing–until more “nobodies” stepped in.

And his servants came near, and spake unto him, and said, ‘My father, if the prophet had bid thee do some great thing, wouldest thou not have done it? how much rather then, when he saith to thee, Wash, and be clean?’ (II Kings 5:13)

His servants. We are not told who they were or even how many of them there were. We are told, however, that it was their encouragement that led Naaman to follow Elisha’s direction to wash seven times in the Jordan River, and because of their faithfulness to their master, Naaman was healed.

The next time you feel like a “nobody” or like you can’t possibly make a difference, think back on Naaman’s story and realize that the story would have most likely turned out differently if it hadn’t been for the various “nobodies” sprinkled throughout the tale.

God can use anybody who is willing to be used. It doesn’t matter if the world knows your name or recognizes your contribution. It’s enough that God knows your name and is keeping track of everything you do in His name. You are somebody to Him!

In what areas of your life do you feel like a “nobody”?

Dana is a full-time Christian author and speaker residing in Greenville, SC with her husband and two dogs. In fulfilling her call to evangelize the lost and edify the saints, Dana spends her days writing devotions, devotional books and books for children, as well as recording podcasts on various Biblical topics. She serves in many capacities at her local church, including the roles of church pianist and ladies' Sunday School teacher. Dana has a passion for souls and longs to be used of God in whatever way He deems necessary. When not writing or serving at church, Dana can most likely be found reading or hiking a nearby trail.
Previous Come to the Lord’s House With Expectation
Next How to Refocus After Opposition and Discouragement