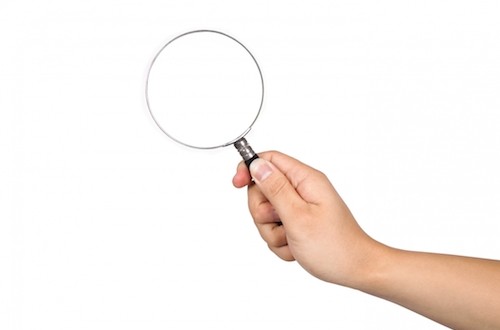 Seeing Ourselves In Another’s Wrongs

Recently my husband and I visited with a home-bound couple whom we hadn’t seen in a while.  *Rick’s wife had called, inviting us to bring the elements necessary to have communion with them.

During our visit, Rick decided to share some very disturbing things about our nation that he felt were God revealed.  He confessed that he had asked God to stop him if he were saying something that he shouldn’t or if God would rather he not share.  As he belabored the explanation of this new knowledge with intensity and passion, his wife simply touched him on the arm.  He acknowledged it and continued with the explanation, “I know; I said I wasn’t going to share all this, but I just have to.”  And he pressed on.

With growing passion, one revealing of a new “concern” triggered another and another.  He continued, gaining momentum.  Again, his wife gently and quietly touched his arm to alert him it was time to take communion because the window of time offering diminished pain was waning.  “Just one more thing,” he exclaimed passionately before he finally heeded his wife’s gentle reminder.

Each time Rick’s wife touched his arm, I thought, “What if that is God answering Rick’s prayer to control what came out of his mouth?  Is Rick ignoring God’s response to his prayer?  Rick asked. God answered. Rick didn’t stop. I wondered, maybe a little too critically.

As I sat down to write what God has laid on my heart for you, I confess I hadn’t spend the time in His word during the day like usual.  It had been a busy day and I felt I knew what He wanted to say.  As I wrote (a different article), I had subtle little thought touches suggesting I stop and get God’s input by spending some quiet time with Him, listening.  Three or four times thorough out my writing, I had those touches.  Each time, I acknowledged the reception of the message, but forged on with good intentions to “stop in a minute”.  Finally, as I concluded that article, I realized I had not yet yielded to God’s subtle “calling away”.  I stopped.  I stepped away to humbly give reasons for my shortfall and ask for forgiveness.  God kindly exposed my response to him to be just like Rick’s response to his wife’s gentle, quiet, unassuming touch communicating a message while Rick insisted on his own way.  I was as guilty as our friend.  I saw it vividly.

Not only was I pressing my own agenda, but I was noticing the shortfall of another–possibly in a prideful way.  Both were less than the best choice God would have me make.  He offers us all a much better way–simply trust and promptly obey His leading.

What shortfall of another have you noticed and then found you were doing the very same thing? What does God want to teach you from that?

*not his real name

I just love walking outdoors - day or night. I identify most with the creative side of God and am energized by His artistry all around this world. He amazes me every time I turn around! Yeah, God and thank you, Jesus.
Previous Police, Violence, and the Condition of the Human Heart
Next God Wants You to Feel His Love