Breaking News
Home / Politics / Police, Violence, and the Condition of the Human Heart 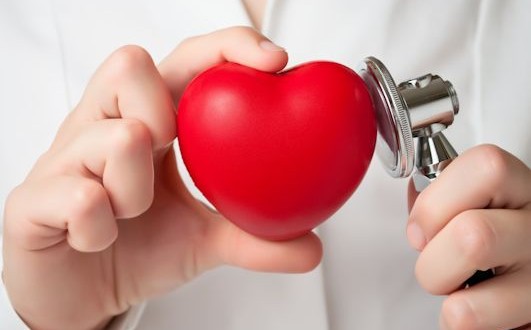 Police, Violence, and the Condition of the Human Heart

What do Waco, Baltimore, and Ferguson all have in common? They are a reflection of the human heart. Aside from the issues of police, rioting, and the response by government agencies, they reveal how much people are in need of a savior and redeemer.

Law enforcement has been “established by God…for it is a minister of God to you for good” (Romans 13:1-4) and to keep peace, law, and order. However, police make mistakes; they are human.

Racial “discrimination” has become more important than justice and facts. Evil is evil, and comes in a variety of colors. Some people have nothing better to do than go from city to city inciting violence. It has been  revealed that some of the rioters in Ferguson were hired to do it. Labels of “motorcycle gang” and “bigot” should never be used. Although there are cases of real police brutality, sometimes an incident may be called that to excuse another person’s behavior. Romans 13:4 continues by saying, “But if you do what is evil, be afraid, for it does not bear the sword for nothing, for it is …an avenger who brings wrath upon the one who practices evil.”

In every group of people there is both good and bad. Just because a person rides a motorcycle, or a white cop kills a black person, does not make them evil. Would there be the same outrage from African Americans if a black cop killed an unarmed white individual? I think not! If justice is to be served it must not be dictated by the color of skin, or by the mayor of Baltimore who said to give the rioters “space” and did not give the police the authority and equipment to do their job.

People, no matter how bad or good, are in need of God’s grace. These incidences and others reflect that men and women were created with a free will. Much too often individuals use that freedom of choice to do evil, and then make excuses for it. This is an indication of a sinful nature in need of a transformed heart and character by the power and grace of God. This is the real lesson to be learned from the evil disorder going on across America.

Genesis 4:5-8 records the first murder in history. Cain became very angry with his brother Abel. Because he did not deal with his anger, “sin is crouching at your door, and its desire is for you, but you must master it.” But because he did not take responsibility for it he ended up killing his brother. Imagine what better world there would be if each person assumed responsibility for his or her actions. Instead, some powerful attorneys get people off on the basis of insanity. Sometimes that is probably true, but how many insanity pleas are in reality cases of people not dealing with anger issues?

The criminal justice system is to blame also for long delays in sentencing. Ecclesiastes 8:11 says, “Because the sentence against an evil deed is not executed quickly, therefore the hearts of the sons of men among them are given fully to do evil.”

What are some ways that you can stand up for justice? Is there someone you know whom you can help take personal responsibility for their choices before they lead to destructive actions? Do you know of someone who needs a character transformation by the power and grace of God?

John Livingston Clark is 67 years of age and lives in central Washington State. He has written two published books, and two published poems. His initial book is called, " God's Healing Hope: Breaking the Strongholds of Wrong Thinking." His second book, released in December of 2016, is a motivational book written to seniors titled, " Seniors: Are You Retiring or Recharging?" Both books are available on amazon. You can also view his writings on www.faithwriters.com. John is available to speak on a variety of topics. Visit me at jclarkministries.com
Previous How to Recognize the Holy Spirit
Next Seeing Ourselves In Another’s Wrongs