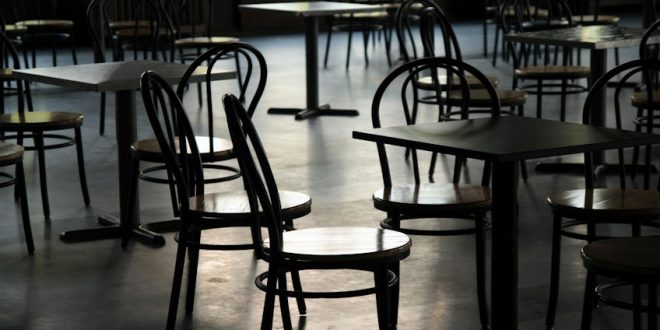 Cafeteria Christianity is becoming more popular these days and as I’ve learned in my faith journey there are pros and cons of engaging in it. Cafeteria Christianity is where, just like in a cafeteria, you pick and choose what you want. It allows for one to take the best of the creeds and denominational confessions and discard what does not work for a person. On the plus side it expands ones knowledge of various interpretations of Christianity, but on the down side there are a lot of false teachers out there and unless you know the essentials of the faith, you can fall prey to them and be led into error, or even outright heresy.

I was not raised in the church, so I never developed a denominational mindset, I am not loyal to one denominations dogmas over another. I tend to take a bird’s eye view of Christian theology and study everything I can get my hands on. This has benefits as well as drawbacks. For one, I get a wider view of the faith and a better understanding of other Christians views on things, but on the other hand, I’m not always in agreement with those in my church.

Because I was not raised in the church, I had to learn on my own about the faith and my first question was “which denomination is the true version of Christianity?” So, I studied all the major denominations and took from each something of value. I am for the most part in my theology, a five-point Calvinist who affirms the tenets of the Nicene creed and the five sola’s of the Reformation; but I also take Greek Orthodox monastic theology on prayer and incorporate it into my Christian walk; in addition, I also look at Catholic teachings on morality; all the while attending a Mennonite church, which is mostly in agreement with Arminianism. I don’t agree with everything in Calvinism, I find much wrong with Orthodoxy and Catholicism and I am sometimes at odds theologically with what my church teaches on a Sunday morning, but in the end, I find that taking this bird’s eye view of Christianity grants me understanding of multiple denominations, which allows me to connect better with other Christians.

Over the years of study, I have found that, in general, if you want good, solid Biblical doctrine, you go to the Reformers, if you want to understand the deeper workings of prayer, you go to the Greek Orthodox saints who wrote on the topic, and if you want to understand moral issues, the Catholics have well thought out teachings. I have concluded that no one church is 100% doctrinally pure, every church has some error, some more than others, but none are 100% correct about everything.

The downside of taking such a bird’s eye view of Christianity is that I’ll always be somewhat on the outside of whatever church I’m attending, since I can’t affirm 100% of the denominations teachings. I am also in a dangerous position of thinking I know better than others who have studied the faith more fully, or of falling into error by going with whatever sounds best to my ears. I also run the risk of just mixing and matching whatever I want and creating my own theology that justifies my passions.

2 Timothy 4:3-4 For the time is coming when people will not endure sound teaching, but having itching ears they will accumulate for themselves teachers to suit their own passions, and will turn away from listening to the truth and wander off into myths.

I fell into that trap early in my studies, I was looking at a lot of liberal theology and was interpreting the Bible using the allegorical method, which left me spiritually empty, disconnected from the church and angry, so angry in fact that I wondered off into a militant agnosticism for about five years. Because I was reading so much error and heresy without a firm foundation in one of the historical denominations I was prey for false teachers. I had such an open mind about liberal interpretations of Christian theology that my brains pretty much fell out, I was not listening to anyone but my own passions. Fortunately, God has since guided me to well established, Godly teachers, who corrected my errors and brought me into an understanding of (small “o”) orthodox Christianity.

Cafeteria Christianity has its pros and cons, but if one is careful to avoid the heretics and false teachers, you can reap the benefits of the vast world of Christian thought and avoid the pitfalls that, so many people have gotten sucked into.

How are you learning from other Christians? How does it impact your relationship with Jesus Christ?

Jonathan Kotyk is a student, self taught philosopher, recovering addict and born again Christian. He has spent time on both the far Left and Far Right side of the political spectrum and lives in Canada.
Previous A Case For A Literal Rapture
Next When Forgetting is a Good Thing