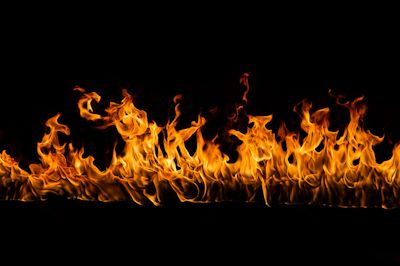 Dan 1:7 Unto whom the prince of the eunuchs gave names: for he gave unto Daniel the name of Belteshazzar; and to Hananiah, of Shadrach; and to Mishael, of Meshach; and to Azariah, of Abednego.

Dan 2:49 Then Daniel requested of the king, and he set Shadrach, Meshach, and Abednego, over the affairs of the province of Babylon: but Daniel sat in the gate of the king.

I’m about to tell you a story. Not just any story, but one of my favorite stories in the Holy Bible. A story of three fearless men who put God first in the face of almost certain death in a fiery furnace.

It all started when King Nebuchadnezzar decided he was going to have a golden image made of himself. The image was to be sixty cubits high, six cubits wide, and worshipped by six musical instruments. When the instruments played, all the people under Nebuchadnezzar’s rule were to bow down and worship the image. The penalty for failing to do so was to be thrown into a fiery furnace of death.

So the music plays and everybody bows down to worship the image, except for Shadrach, Meshach, and Abednego. They refuse to bow down because they worship the true Living God, and they knew that bowing down to this image would be idolatry. Of course, they stuck out like a sore thumb and were quickly identified.

The action of these three men infuriated the earthly king, Nebuchadnezzar, and he had them brought to him immediately for questioning. He asked, if they were not willing to worship the golden image he had established. And who is their God who would deliver them of the penalty of the fiery furnace for refusing to do so. The three men responded back that their God would most assuredly deliver them from the furnace and the angry king.

Nebuchadnezzar then had his mightiest men bind Shadrach, Meshach, and Abednego in all their clothes, even their hats, and throw them into the fiery furnace. The furnace was so hot that it killed Nebuchadnezzar’s men just from getting close enough to toss in the three men of faith.

The look on Nebuchadnezzar’s face must have been priceless when he saw what happened next. He seen not three, but four men in the blazing furnace, with the Fourth having the likeness of the Son of God. The men were unphased and moving freely within the fire. They had been delivered!

Nebuchadnezzar then called out Shadrach, Meshach, and Abednego from the fiery furnace to come before him. There were no signs of having been in the furnace. Not even the smell of smoke or a single hair singed on any of them. Nebuchadnezzar immediately declared the glory of the Living God who delivered the three men. He also made a decree that any man coming against the God of the three faithful men would be cut down to pieces, because no other god could deliver in the way these men were delivered. After that, Shadrach, Meshach, and Abednego, were promoted by the king throughout their kingdom.

The lesson to be learned here is simple. Have faith and do not be fearful of what men may try to do to you. Let God guide your steps and not the demands of mankind. Friends, lets be like Shadrach, Meshach, and Abednego, and have the willingness to be thrown into the fiery furnaces of life knowing that we have the Son of God ready to loose us from our bindings and show those who would attack us that our God is the true Living God and He is a deliverer of His people. Thanks for reading and God bless.

Joel M. Bauer is a 45-year-old U.S. Army Veteran from Dunn, NC, which is just outside of Raleigh. After being honorably discharged from the U.S. Army, he attended school at Taylor University, a Christian liberal arts school, in Fort Wayne, IN, where he received his BS in social work and psychology. He has worked in such places as a homeless shelter, a community based treatment center for severe mental illnesses, a school for troubled students, and other social service agencies. His current endeavor is to build The Bottom Line website into a site that inspires both Christians and non-Christians alike, and brings glory to God.
Previous Jeremiah29:11” For I know the plans I have for you.”
Next The Sweet Aroma of Christ