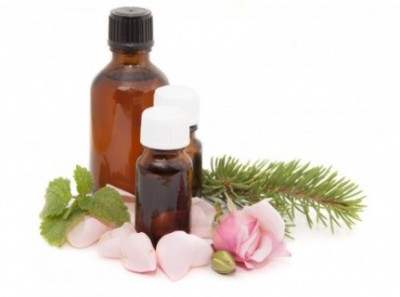 The Sweet Aroma of Christ

Vashti, the former queen of Ahasuerus disobeyed and dishonored her husband when she did not come at his request, and by accordance of the law, her disobedience caused her to be banished from the kingdom, so the King appointed officers to organize a search for a new queen. The fair maidens throughout the kingdom were gathered at Shushan, the palace to the house of the women to be primed and pampered according to the purification requirements. (Ester 1)

12Now when every maid’s turn was come to go in to king Ahasuerus, after that she had been twelve months, according to the manner of the women, (for so were the days of their purifications accomplished, to wit, six months with oil of myrrh, and six months with sweet odours, and with other things for the purifying of the women;) 13Then thus came every maiden unto the king; whatsoever she desired was given her to go with her out of the house of the women unto the king’s house.

14In the evening she went, and on the morrow she returned into the second house of the women, to the custody of Shaashgaz, the king’s chamberlain, which kept the concubines: she came in unto the king no more, except the king delighted in her, and that she were called by name.

15Now when the turn of Esther, the daughter of Abihail the uncle of Mordecai, who had taken her for his daughter, was come to go in unto the king, she required nothing but what Hegai the king’s chamberlain, the keeper of the women, appointed. And Esther obtained favour in the sight of all them that looked upon her.

16 So Esther was taken unto king Ahasuerus into his house royal in the tenth month, which is the month Tebeth, in the seventh year of his reign. 17And the king loved Esther above all the women, and she obtained grace and favour in his sight more than all the virgins; so that he set the royal crown upon her head, and made her queen instead of Vashti. (Ester 2)

One shot. That’s all she had. After twelve months, not two, not twelve hours, but twelve months of scrubbing behind here ears, scouring her feet, wash, rinse, and repeating her hair, trimming her nails, and emulsifying herself in oils and myrrh, she was finally ready to walk out onto the runway just to hopefully win the heart of the King, but she only had one opportunity to leave an instant, impactful impression that would hopefully change her life and eventually the lives of the Jews.

While she was working behind the scenes, God already knew how he would use this one woman to change the fate for an entire nation.

As Christians, our first impressions are just as vital as Esther’s. One wrong move, word, or motion, and you may as well hang up the towel and walk away. So many times we are so excited about Jesus or we want so desperately for people to hear the “Good News” that it no longer becomes good but is seen as bad because we are trying to jam the “good news” into places that are already full.

During her time of preparation, I believe that not only was God working on her physical beauty, but he was also building up the beauty within her heart. He was changing, shaping, and molding her to be the woman of God he knew her people would need.

What about us? I mean, twelve months is a long time to start smelling good, but what would happen if we would spend time planning and preparing our hearts for what lies ahead so that instead of smelling like sour milk or moldy bread, we are filled with the sweet aroma of Jesus living in us so much that he is pouring out of our skin and into the lives of those who don’t believe.  I challenge you to spend time in his presence and see if he does not fill you up so much that you spill over into the lives of those around you.

is an author and editor for The Bottom Line Ministries as well as a member of Faith Writers. Currently she teaches high school language arts. She is a mom to four amazing blessings and enjoys every moment life has to offer. Renee has a fervor and drive to learn, she loves to read and spend time with her family, and is involved with her local church ministries. Humbled by God’s gift of words, she has a passion to write what the Holy Spirit has placed in her heart. She hopes to publish her in-progress book someday, but in the meantime, is honored to be placed as part of the TBL writing family and is holding on to the ride wherever God is leading. Renee and her family reside in their country home in Holland, Iowa.
Previous Shadrach, Meshach, & Abednego: A Story of Faith & Fire
Next It Shall Pass