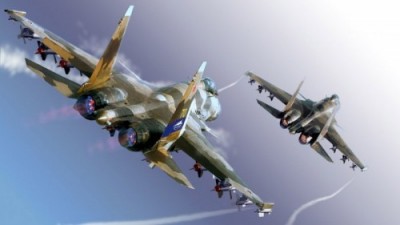 Silly Cat…You Came To a Dogfight!

Our adversary, Satan, is often referred to as a roaring lion who prowls around seeking someone who he may devour (1 Peter 5:8). Well I have a message for this cat. You came to a dogfight!

The Weapons of the Enemy

Let’s put things into perspective. Our enemy is fighting a losing battle. In fact, I believe he literally lost his mind since the time he tried to set himself up as a god (Isa 14:13-14). The problem with the enemy’s thinking is that his schemes always fail and end up working for God’s glory. The Holy Bible declares the following:

Romans 8:28 And we know that all things work together for good to them that love God, to them who are the called according to his purpose.

In addition to everything working together for the good of them that love God, we are also given a promise against regarding those that would arise against us.

Isaiah 54:17 No weapon that is formed against thee shall prosper; and every tongue that shall rise against thee in judgment thou shalt condemn. This is the heritage of the servants of the LORD, and their righteousness is of me, saith the LORD.

Isn’t that amazing? It doesn’t matter what scheme Satan and his minions cook up; they’re going to fail miserably. It has been declared in the Holy Bible, which means it has been promised.

The Weapons of our Warfare

In addition to the enemy’s weapons being worthless, we are given mighty spiritual weapons. Weapons that rip apart the strongholds that the enemy tries to build in or around us.

2 Cor 10:4 For the weapons of our warfare are not carnal, but mighty through God to the pulling down of strong holds.

How fantastic is that? We’re not only guaranteed that the enemies weapons won’t prosper, but we’re given mighty weapons to pummel the enemy that are manifest through the Holy Spirit. The enemy has no chance. In fact, the enemy was completely shut down when Christ was hung on the cross. Our Lord took His shame and turned it into victory over the enemy.

Get Your Armor On

Of course any good solider needs to have suitable armor. God gave us seven amazing pieces of armor, which are listed in Ephesians 6:14-18. Here is the list, but I would also encourage you to take some time to read the chapter to get the full impact of this scripture.

1. The Belt of Truth
2. The Breastplate of Righteousness
3. Shod Feed (Ready To Move With the Gospel)
4. The Shield of Faith
5. The Helmet of Salvation
6. The Sword of the Spirit
7. Prayer

Wear it every day and never take it off!

The Sword of the Spirit

Out of the seven spiritual armor it can be said that there is one core offensive piece in this collection, with that being the Sword of the Spirit, which is also the Word of God. Let’s dig a little deeper into this mighty weapon.

Heb 4:12 For the word of God is quick, and powerful, and sharper than any two-edged sword, piercing even to the dividing asunder of soul and spirit, and of the joints and marrow, and is a discerner of the thoughts and intents of the heart.

Wow, talk about some power. It’s a quick, powerful, discerner that can divide soul and spirit? I mean, that’s some awesome power. So whether you are dealing with a spiritual matter or just an ordinary every day conflict, we can bank on the Holy Bible to bring us through the situation. Sometimes we may have to dig a little to find the answer, but I can assure you that it’s there.

So it would seem that the scary roaring lion is really a helpless kitty cat trying to scare us. We have mighty weapons of warfare and he has little itty bitty weapons that are useless against those who are servants of the Lord.

Friends, don’t get me wrong; the enemy can be dangerous, but the point I’m trying to make is that he’s reduced to nothing when we use the weapons and armor that God gives us. So let’s arm ourselves appropriately for the dogfight. Let’s be mighty in the Lord. Let’s send that cat back to that dark alley where he belongs. Thank you for reading and God bless.

What are some ways you can arm yourself for the dogfight?

Joel M. Bauer is a 45-year-old U.S. Army Veteran from Dunn, NC, which is just outside of Raleigh. After being honorably discharged from the U.S. Army, he attended school at Taylor University, a Christian liberal arts school, in Fort Wayne, IN, where he received his BS in social work and psychology. He has worked in such places as a homeless shelter, a community based treatment center for severe mental illnesses, a school for troubled students, and other social service agencies. His current endeavor is to build The Bottom Line website into a site that inspires both Christians and non-Christians alike, and brings glory to God.
Previous The Heart of the Battle
Next God’s Help, Times Three!