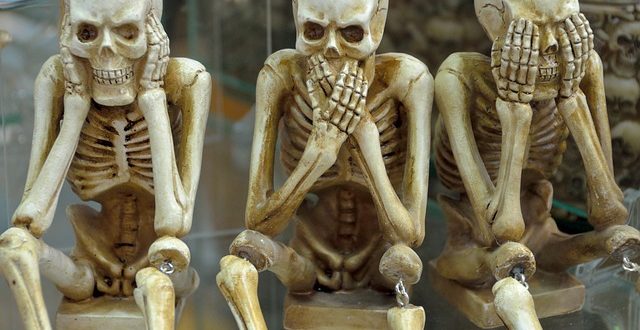 “Speech Is Silver—Silence Is Golden”

A proverb, whose writer is unknown, says silence is “golden.” While this saying is true in its intended meaning, how golden really is being silent?

Sometimes it is preferable to keep one’s mouth shut than to speak words that will only harm. This saying mostly, though, is only true for a “fool” (the worldly) who has no interest in understanding, whose heart is worthless, whose goals are aimless, and who have nothing good to say at all.

At an event, they asked for a moment of silence following one American, home-grown Islamic terrorist killing 49 people. I wondered—How will my silence keep evil from harming someone?

If I hear one more person say, “Join me as I lead you in a moment of silence”; I think I might burst an artery in what used to be a reasonably strong and compassionate heart. Isn’t that sort of like saying, “Join me in doing nothing.” Or isn’t it really saying, “Join me in not asking God our Creator to act on our behalf; we don’t need Him?”

We have a nation willing to be silent in calling upon God to help us, we have a government who thinks silent leadership from behind makes sense, and many of God’s people who think they can follow Christ quietly/silently before God and men!

Will my silence help anyone?

Whether it is a moment of silence, sharing our faith, or giving a warning of others’ wrongdoing; silence is not “golden” for those who know the truth and have been instructed in wisdom! Certainly, we shall all be judged for every idle word we speak, but only a fool speaks idly without any understanding or compassion.

We shall also be judged by the words we don’t speak!

I read about a court case that was lost because of the silence of an attorney. The distinguished lawyer, Samuel Hoar, (1778-1856) was representing the defendant. When it was time to present his case, he told the jurors that the facts favoring his client were so evident that he would not insult their intelligence by arguing them.

The jury retired to deliberate and returned in a few minutes with a verdict of guilty. Samuel Hoar was astonished! “How,” he asked, “could you have reached such a verdict?” The foreman replied, “We all agreed that if anything could be said for a case, you would say it. But since you didn’t present any evidence, we decided to rule against you.” Silence had lost the case.

Let us not go through this New Year silent of all that God has done for us. May God bring to our mind what to say and may He give us the desire to love one another by being ready in-season and out to give an account of why we believe!

This is how we shall change our world—By no longer being silent!

Let us seek to truly make this New Year “new” for many by sharing a “new life” in Christ Jesus!

We have all been guilty of being silent concerning this precious treasure we have found. Myself included! I wrote this poem to remind myself to not be silent anymore:

As they lowered him down
Back into the ground
It came to my mind
I don’t know where he’s bound
So many times I wanted to ask him
Did he know Christ?
Was he saved from sin?

But I was silent
Is he now in torment?
Oh my arrogance
True love was kept at a distance

How could it be?
Love had come to find me
Why did I not share it?
Don’t know if I can bear it
Where is he now?
Was he lost or was he found?
What can I do?
It is too late to share You

I am a layperson with 35 yrs. of teaching Sunday School, bible studies, and preaching on occasion. I teach a bible study in a local prison. I am a 36 yr. counselor/social worker. I am disabled and have devoted the past four years to studying, praying, and writing about my greatest love; this gospel of Jesus Christ that has the power to save a man's soul. I also write devotions for a Church in Marion, VA and I write for an orphanage/ministry in Zambia, Africa.
Previous A New Year’s Revolution
Next The Difference Between True and False Religion