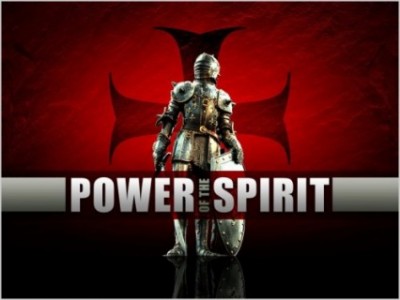 For we do not wrestle against flesh and blood, but against principalities, against powers, against the rulers of darkness of this age, against spiritual host of wickedness in the heavenly places. Ephesians 6: 12

Every Christian that has made a decision to follow Christ as their Savior, will endure spiritual battles. There is a powerful army of demons whose goal is to defeat you as a Christian. Although we are assured of victory, we must engage in the struggle until Christ returns. We need supernatural power to defeat Satan’s army, and God has provided that through the Holy Spirit within us and His armor around us (Ephesians 6:14-18).

Be sober, be vigilant; because your adversary the devil walks around like a roaring lion, seeking whom he may devour. Resist him, steadfast in the faith, knowing that the same sufferings are experienced by your brotherhood in the world. 1 Peter 5:8-9

Lions attack sick, young, or struggling animals; they choose victims who are alone or not alert. Peter in this verse warns us to watch out for those times when we are sick, alone, tired, and struggling in some area. We must be guarded when the enemy would devour us as his prey.

For though we walk in the flesh, we do not war according to the flesh. For the weapons of our warfare are not carnal but mighty in God for pulling down strongholds, casting down arguments and every high and lofty thing that exalts itself against the knowledge of God, bringing every thought into captivity to the obedience of Christ. 2 Corinthians 10:3-5

Paul uses military terminology to describe this warfare against sin and Satan. God must be the commander in chief-even our thoughts must be submitted to His control. The battle oftentimes starts in the mind first.

Therefore submit to God. Resist the enemy and he will flee from you. Draw near to God and He will draw near to you. James 4:7

God has already defeated Satan (Revelation 12:10-12), and when Christ returns, the Devil and all he stands for will be eliminated forever (Revelation 20:10-15). Satan is here now, and he is trying to win us over to his evil cause. Resist, run, and flee from the enemy as he tries to bring you temptations and enticements to sin.

Make no mistake if you are a Christian, you will experience times of spiritual warfare. Some days you may feel like giving up or that you are losing the battle. Take hope, the Lord does not ever leave you in your struggles with the enemy. He will come to your rescue. You are not alone in what you are facing, every Christian faces times of feeling pressed on every side from the tactics of the wicked one. Keep moving forward. You may feel the struggle of the fight, but run to God during these times and do not let go of Him until the warfare has ceased.

You have overcome them, because greater is He that is in you than he that is in the world. 1 John 4:4

When you have experienced spiritual warfare, how did you overcome it?

Stephanie has a heart and passion to see broken lives restored and redeemed through Jesus Christ. She writes through her personal experiences and her educational and professional background. She has over 17 years experience in counseling, and has a Master's degree in Social Work, Bachelor's degree in Psychology, and is a Licensed Belief Therapist. Stephanie has been married for 16 years,and has one grown son. Stephanie's desire through her writings is to bring hope and encouragement to the body of Christ, that no matter what you have been though or going through, there is restoration and redemption through Jesus Christ.
@Stephrreck
Previous Keeping Covenant – Regardless Of The Circumstances
Next Repentance Paves the Way for Deliverance