Breaking News
Home / Featured / Keeping Covenant – Regardless Of The Circumstances 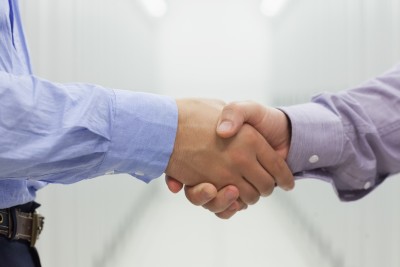 Keeping Covenant – Regardless Of The Circumstances

God always spoke kindly and affectionately about His servant David, calling him “a man after Mine own heart”.  What an honor!  God showed His fondness for David in a myriad of ways – even as He was disciplining David for his sin.  God had a special connection with David; a similar type of joining of spirits that we have with someone whose thoughts, values, actions, and purposes are like ours.

As I was reading Psalm 44: 4-19, my heart was touched by David’s lament to God, his friend and covenant partner.  David called upon their special relationship as he attempted to make sense of the seeming “fall from God’s grace” he was experiencing at that moment.  It was so totally opposite of the support and presence of God he was used to experiencing.  As he stated his case, David continued to give God the glory for all His favor and past interventions on his and his army’s behalf.  David confessed his total dependence upon God, even when God seemed so very distant.  He realized it wasn’t his skill at letting an arrow fly or his great talent at wielding a sword that had saved him time after time from his enemies.  But as he wrote this Psalm, it seemed God had walked away from their covenant and taken all His favor with Him.

David didn’t understand what was happening.  He was baffled.  Confused.  He questioned why he and his army was now running from their enemies.  Why were they seemingly sold off by God since He would get no profit from it?  David clearly lamented about his embarrassment at being scorned and disrespected by those around him who had once exalted him.  It seemed God had deserted His part of their covenant.

Here is the warm blessing that stands out to me: as David brings his feelings and confusion to God’s attention, he still assure God that he, David, hasn’t forgotten Him, God.  David assures God that he has kept his part of the covenant they made.  It remains strong and dependable regardless of God’s position.  Even though David and his men have been humbled and are fearing for their lives, David still proclaims trust in and praise for his God.

This is just another indication of David being a man after God’s own heart.  God remained true to His covenant with His chosen people even though they all too quickly turned their back on Him – repeatedly.  David mirrored God’s faithfulness in spite of the Lord’s seeming disinterest in that covenant.  In his confusion and embarrassment, David assured God of his love and faithfulness and that God could still count on him, just like God assured fickle Israel, even after they rejected Him and cheated on Him in their hearts, that He could be counted on to keep His covenant with them.

The same God who made covenant with David and Israel wants to make a covenant with us.  Even though He sometimes seems far away, He is near.  He always keeps His promises to us.  Deuteronomy 7:9

Have you ever felt God had broken His covenant with you?  How can you be like David and take heart trusting God to be faithful no matter your circumstances?

I just love walking outdoors - day or night. I identify most with the creative side of God and am energized by His artistry all around this world. He amazes me every time I turn around! Yeah, God and thank you, Jesus.
Previous You Will Never Take My Heart!
Next Spiritual Warfare 101