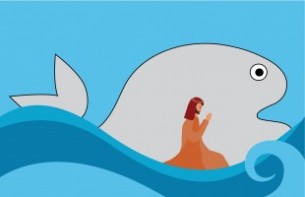 In a recent sermon, my pastor preached on Psalm 23:6.  It begins, “Surely goodness and mercy will follow me all the days of my life.” In this context, the meaning of the word follow is similar to the word stalk.  Have you ever thought of God as a stalker?  Me either.  It’s probably because stalking has such a negative connotation in our culture today.  When you hear of stalking, you think of people tracking down celebrities, breaking into their houses and possibly even trying to harm them.

But God as a stalker?  Merriam-Webster defines stalk as “to follow (an animal or person that you are hunting or trying to capture) by moving slowly and quietly.”  In that context, I can look back on my life and see how God has constantly pursued me.  He’s pursued me in my grief, in my joy, in my stagnation and even in my rebellion when I had my fingers in my ears singing, “La la la la la la.”

No matter what the circumstance, He’s always been there watching.  More importantly, He’s waited patiently.  With some of us, me included, He’s had to exert a lot more patience while waiting.  But have you noticed that He never gives up?  Not once did God look at me and decide I wasn’t worth the trouble.  The Bible tells us that while we were still sinners, Jesus went through an agonizing death on the cross.
(Romans 5:8)

Remember Jonah?  If you’re not familiar with the story, Jonah was a prophet of God that was called to go to Nineveh.  Nineveh was a gentile nation located on the banks of the Tigris river, approximately 500 miles northeast of Israel.  Originally founded by Nimrod, one of Noah’s great grandsons (Genesis 10:11), Nineveh had become a very evil place and God told Jonah to go and preach against the evil.  Jonah didn’t just decline God’s call, he got on a boat and went in the opposite direction entirely.  According to the notes I have, this is the only recorded refusal of a prophet.

Because of Jonah’s disobedience, God sent a raging storm on the sea and everyone was afraid, except Jonah who was actually asleep in the inner part of the ship.  Once the crew found out Jonah was the cause of the storm, they tossed him overboard at Jonah’s request.  I think he knew this was his punishment and out of guilt, he took one for the team.  It seems to defy logic that he was willing to die rather than go to Nineveh, but I think some of us know exactly where he was coming from.

After going overboard, Jonah was swallowed by a big fish and spent three days and three nights in that fish’s belly.  In short, gross.  If you’re in the belly of a big fish, things get real.  He knew things were bad and he cried out to God.  It wasn’t a, “Save me!” prayer either.  Jonah acknowledged God’s sovereignty and ultimately sacrificed his life to God.  Then the fish vomited him onto the land.  Double gross.  He finally made good on his promise to God and went to Nineveh to tell them that in 40 days they were going to be destroyed.  And you know what?  The people of Nineveh repented and God saved them from destruction!

In this story, Jonah is always the focus.  But for stalking purposes, I want to talk about the Ninevites.  Nineveh was one of Israel’s biggest enemies, but God had a deep love for them.  He chose Jonah to go and warn them in order to avoid destruction.  When the prophet rebelled, God didn’t just give up.  He was undeterred and did what was needed in order to get Jonah to Nineveh–even if it meant sending a big fish to swallow him whole, and hold him hostage for three days and three nights, and then vomit him onto dry land.  God used this one incredibly stinky man to save the lives of 120,000 people.

And so is His love for you and me.  And I am ever thankful that, “neither death nor life, neither angels nor demons, neither the present nor the future, nor any powers, neither height nor depth, nor anything else in all creation, will be able to separate us from the love of God that is in Christ Jesus our Lord.”
(Romans 8:38-39)

Have you ever thought of God as a stalker? When have you felt Him pursing you and what was your response?