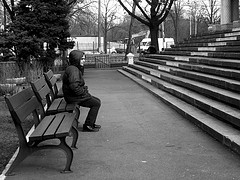 Suicide Hurts Everyone–How To Fight Back

It’s not just negative emotions or experiences that make a person want to end their life. It’s Satan, and he is attacking Christian men and women.

Although he doesn’t deserve any more attention than he is already getting, we need to be prepared by guarding our hearts and watching out for one another. He is looking to isolate the person who is severely wounded.

A suicide occurs in the United States every 12.8 minutes. The most recent study completed by the Center for Disease Control from 2013, states that over 650,000 people attempt suicide annually. Furthermore, it is estimated that healthcare costs associated with suicide attempts amass to over $2 million per year.

These are merely facts and sometimes facts do little to affect us until these statistics include a family member or friend. And given these facts you probably sat next to someone at church this weekend who has been hurt by suicide in some way.

Suicide is an important topic but it’s one that most people want to avoid because it’s uncomfortable and depressing. Personally, a couple weeks after I gave my life to Christ, I was overcome with the urgency to end my life. It was only by the grace of God that I decided to pray “one last time” and in doing so God met me where I was. Without this experience I wouldn’t understand the importance of talking about suicide.

How can we fight back against suicide? We must devise a battle plan. Victory over suicide is a true battle for those who struggle with suicidal thoughts. It’s as much of a battle as the marine or soldier fighting in combat. As the military has a course of action, Christians are called to live the abundant life and must also have a plan.

Therefore, preparing your minds for action, and being sober-minded, set your hope fully on the grace that will be brought to you at the revelation of Jesus Christ.  (1 Peter 1:13, ESV)

If you are a person that experiences these types of thoughts, be consciously aware how the devil taunts you. Be aware of the pain he wants you to relive. He wants you in pain and hates the joy that the Lord gives you. He hates healing so he tries to tell you that you aren’t healed, saved, or complete enough. You must also have an emergency list. Prepare a list of at least three people you can call when you are having a tough day.  If for some reason you don’t have anyone to talk to, you can call the National Prevention Hotline at 1-800-273-8255.

Do you or someone you know struggle with suicide and need prayer? How have the consequences of suicide touched your life?

Sarah loves Jesus and is unashamed to tell the world about His truth and bold love! Her purpose is to encourage others to seek the truth as they pursue who they are in Christ. She is also a Mom and feels blessed to call Colorado her home.
Previous Lining Up Expectations with Scripture
Next Good Sir! You are NOT a Caveman!