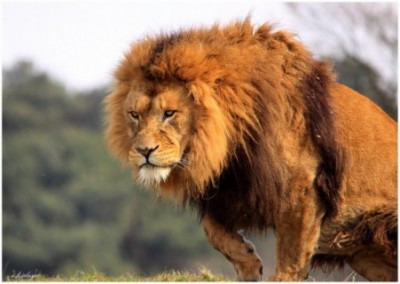 Teen Rejected by His Father

And Hagar bare Abram a son: and Abram called his son’s name, which Hagar bare, Ishmael. And Abram was fourscore and six years old, when Hagar bare Ishmael to Abram. ~ Genesis 16:15-16

Sarah and Hagar were working in the tent when they heard the commotion. Dogs barking. Children shouting. Men clapping. Ishmael was home! Stopping their work, they ran to greet him.

Thirteen year old Ishmael returned from his first solo three day hunting trip. Tall and lanky, sun tanned and with tribal paintings on his cheeks, he looked almost full grown. His grin, stretching from ear to ear, announced his victory. Immediately behind him, several slaves carried Ishmael’s kills tied upside down hanging from poles. A lion, a bear, and several gazelles. Ishmael’s skill with the bow was impressive.

“Father, FATHER!” Ishmael called.
“Well done, my Son!” he exclaimed upon seeing the beasts. Ishmael stood a little taller. “You have provided well for our family. Tonight we feast in your honor. A child left camp three days ago, but a warrior returns victorious!” Abraham clapped Ishmael on the back and offered a warm embrace to his only son. As he returned into the tent, the women surrounded Ishmael, talking at once.

“Thank the God of Abraham that you have returned to us unharmed!”

“Ishmael, we are so proud of you.”

“Tell us everything. Give us every detail of the hunt.”

“Guess this means you missed me,” Ishmael laughed. Kissing both women on their cheeks, he gestured for the slaves to take the animals away and start the skinning process. Wrapping one arm around Sarah’s shoulders and the other around Hagar’s, he led the women back to the tent.

And Abraham rose up early in the morning, and took bread, and a bottle of water, and gave it unto Hagar, putting it on her shoulder, and the child, and sent her away: and she departed, and wandered in the wilderness of Beersheba. ~ Genesis 21:14

Ishmael was fourteen when his half-brother was born. The oldest son of wealthy Abraham, he expected a birthright and a blessing, not to be dismissed into the desert. His head was spinning as he tried to wrap his mind around what his mother had just told him.

Hagar shook her head in anger, “Sarah has spoken. She convinced Abraham to dismiss us and send us away. We leave today.”

“You have no rights my son. Being born of a slave makes you a slave; you are property.” Hagar’s gaze dropped to the floor in shame.

“Property? But Mother, I’ve always been…”

“You’ve always been the only child, but with Isaac’s birth, there is no longer a need for you. Abraham has a true descendant, a legitimate heir.”

“So just like that, we are out? Cast away from camp like trash?” Ishmael’s eyes reflected his confusion. “My father loves me.”

“It grieves him, but he has never stood against Sarah’s wishes. Whatever she decides will be. It has always been that way.”

Ishmael shook his head in disagreement, “But she is my second mother. When I fell and skinned my knee as a child, she picked me up and wiped away my tears. When I had a bad dream, she woke me and told me a story to help me fall back asleep. I have been her son as well as yours.”

“Sarah has said that ‘this slave woman’s son will not be heirs with my son Isaac.’ She has spoken.”

“But he’s my brother. I love him. Does she think I would harm him? I would never hurt him. I was raised to know honor. I would honor my father and protect my brother from harm.”

Hagar stood and reached for his hand. With nothing but the clothes on their backs and Ishmael’s bow, they exited the tent. Abraham stood waiting. He handed a bag of food and a skin of water to Hagar. When he tried to hug Ishmael, Ishmael pushed past him.

“My son, this is not the end. God has promised to make you a great nation.” Abraham’s voice cracked with emotion, “He has said…”

Ishmael raised his chin defiantly and stepped into the desert, ignoring Abraham and his words. Rejected by the father and mother he had always loved, He would surely need the help of his namesake. He would need the God who hears.

Be sure to check back in tomorrow to see a follow-up post on Ishmael’s life. This post will include how God helps us bounce back after the pain of rejection. On a more personal note, when have you been betrayed by those you most love? How has God shown He hears your prayers and sees your problems? How has He helped you reach past the pain?

Heidi Lynn has a passion for women's ministry and can be found writing at Chronicles of a New Creation. Heidi believes that as Christian women, we were created to serve our families, our churches, and our communities. With this calling in mind, she writes and speaks about organization in homes, families, and spiritual lives.
Previous Love Is A Friend Remembered
Next Walking in the Holy Spirit