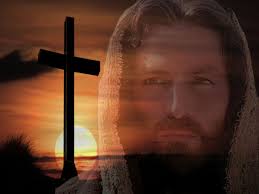 Jesus had to have taken part in the creation of the world because if He came later, He could not be equal with God, but instead part of the creation. I believe this, in part, is one of the sticking points for those who reject the concept of the Trinity and the deity of Christ.

Who do Present World Religions Say Jesus is or was?

All major world religions acknowledge Jesus. No one doubts the historicity of the life of Jesus even though they deny that He is the Son of God.

The Jews acknowledge Jesus was the son of Mary, even though they deny that she was a virgin. He is said to be a popular rabbi with followers (disciples), and in His time, a respected teacher. The miracles Jesus performed are not denied by the Jews, but they are credited to power from Satan, not God, just as the Pharisees accused Him in the book of Matthew:

But when the Pharisees heard this, they said, ‘It is only by Beelzebul, the prince of demons, that this fellow drives out demons.’ “Matthew 12:24 (NIV)

The Jews do admit that Jesus claimed to be the Messiah, although they reject this claim. Ancient literature (including the Talmud) admits that He was crucified but not resurrected even though they admit His tomb was empty as the disciples claimed, but go on to say the gardener took His body away to keep the disciples from stealing it and claiming He ascended.

Islam subscribes to the claim of the virgin birth and Jesus is hailed as a revered prophet to the Israelites, and a wise teacher with disciples who did the will of Allah (Muslim god, not God Almighty). Muslims believe the followers of Jesus, the disciples, to be Muslims according to the Quran (5:114). However, they do not believe that Jesus was God, equal with God or God’s Son.

They do, however, acknowledge He worked miracles, bodily ascended into Heaven, will sit with Allah on judgment day, and will return as a Muslim. However, they deny that Jesus was crucified.

Every world religion including the Hindus and Buddhists also speak of Jesus in their teachings. They may deny who He was, but all believe Him to be a good moral teacher, a holy man and a prophet, but do not accept His divinity.

Next time we will examine religions claiming to be Christian, but differing from true Christianity in some very fundamental ways.

What various religions have you been exposed to or have knowledge of? What do they believe about Jesus?