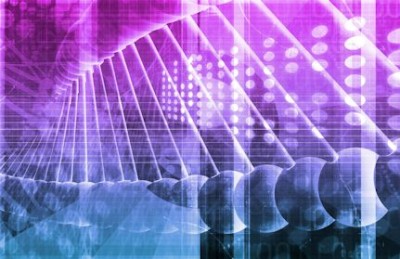 Recent discoveries add to the veracity of the Old Testament. The archaeological unearthing of parts of cities, artifacts, and buildings of ancient biblical times, including the city of Gath, the home of Goliath, the giant slain by David, all provide evidence that the Bible is true. A recent article declared that an archaeologist believes that the location of Sodom and its fiery destruction has been found.

The field of genetics, however, is doing more than just lending support to the Old Testament stories. Consider this current headline: “Genetics Expert Confirms the Reality of Adam and Eve.” It doesn’t stop here. Scientists have discovered a gene that can be traced from Aaron, the first high priest mentioned in Exodus 28:1. The gene can be linked to the present day Jewish population that carries the priestly lineage. This means that there is a current group of Jewish males linked genetically to Aaron over 3,000 years ago, making them qualified to administer the rituals of the third temple. This discovery is a huge boost to the truth of the Old Testament. These findings by secular scientists speak for themselves.

The Old Testament is an inspired manuscript from the beginning of recorded time. It is supported by history, science, culture, archaeology, and now more specifically, genetics. The stories of the Old Testament center around the sinful condition of human nature and humanity’s rejection of God. That is why there is so much evil in the Bible, no different from today. It is also why there is judgment. But, the entire Old and New Testaments provide accounts of God’s repeated demonstration of love and grace to redeem mankind and restore a relationship with Him. Some people have referred to history as: “His Story.”

II Peter 1:21 says that “men moved by the Holy Spirit spoke from God.” All down through history and from cover to cover, the Bible is proving to be true and reliable. The stories thousands of years ago can be taken literally. The discovery of “Aaron’s gene” adds much to this argument. There are people walking on earth today who are genetically related to a man who lived in Old Testament times!

The Bible also shows a person how to have a personal relationship with the Lord Jesus Christ, God’s son who died upon a cross for one’s sin and rose again, making eternal life possible to them who put their faith and trust in Him. Begin reading this trustworthy Book of Ages today. A good place to begin is with the Gospel of John.

How does this new evidence change your position regarding the Bible?

a gene traced to Aaron of the Old Testament a genetic link between modern Jews and the Old Testament Aaron the first high priest Exodus 28:1 II Peter 1:21 Old Testament stories and people present day Jewish population rituals of the third rebuilt temple the reality of Adam and Eve the science of genetics 2015-10-08
John Clark

Tags a gene traced to Aaron of the Old Testament a genetic link between modern Jews and the Old Testament Aaron the first high priest Exodus 28:1 II Peter 1:21 Old Testament stories and people present day Jewish population rituals of the third rebuilt temple the reality of Adam and Eve the science of genetics

John Livingston Clark is 67 years of age and lives in central Washington State. He has written two published books, and two published poems. His initial book is called, " God's Healing Hope: Breaking the Strongholds of Wrong Thinking." His second book, released in December of 2016, is a motivational book written to seniors titled, " Seniors: Are You Retiring or Recharging?" Both books are available on amazon. You can also view his writings on www.faithwriters.com. John is available to speak on a variety of topics. Visit me at jclarkministries.com
Previous Fight Poverty and Plant Hope in Your Community
Next That’s Why it’s Called Faith, Part One