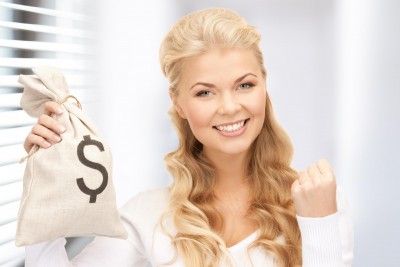 Cecile Richards, CEO of Planned Parenthood of America, testified before committees of both the US Senate and the House of Representatives. Unless you search specifically for the testimony, you likely will have only seen short video clips, sound bites and partisan commentary. I don’t like my news “deceptively edited” so I decided to watch the entire proceeding  on C-span (yes almost 5 hours.)

Anyone watching can easily determine which side of the issue the questioning member supports. The testimony is laden with the usual rhetoric and non-answer answers, that are customary when one realizes that truth brings with it the conviction of the soul.

Those who support abortion rights refer to the precious lives of aborted babies as “fetal tissue” or “specimens” or other anesthetized, clinical terms in an attempt to remove the babies’ humanity from the discussion. They cannot.

Supporters redirect the focus by sidestepping very direct questions about the lives of the babies being aborted. They vilify those who dare to question the operation and the legitimacy of their public funding, repeating the same mantra, the battle cry of the women’s movement, the sacrosanct “women’s right to reproductive choice,” which cannot be found in the Constitution. Life, however, is our first and most essential right.

This oversight committee is supposed to be about financial accountability. Abortion rights supporters consistently returned to the CMP videos, and the insistence that they were “deceptively” edited.

When Ms. Richards was questioned about the extraordinarily high executive salaries, another member claimed that never before had another person had their salary scrutinized like hers. The implication being that annual salary of nearly $600,000 is excessive–for a “woman.” Again, an effort to change the topic and rally the forces fighting a contrived “war on women.” It is a strategic three-step maneuver 1)demonize 2)distract 3) change the narrative.

The question is legitimate considering Planned Parenthood is a Non-Profit organization. Planned Parenthood receives public funds–multiple hundreds of millions of dollars in funds. It is the responsibility of every representative on the committee to determine whether or not this organization is in need of public funding–over $500,000,000. This is an organization whose executive salaries exceed that of elected officials, whose travel expenses averaged $14,000 per year, in addition to their donations to politicians, and the millions of dollars given to lobbyists.

Seriously. Is it really that difficult?

Though it may be noble to loan a friend $500 if she asks for help paying her bills, it is foolish to continue funding her “needs” if she spends “her” money on things like cigarettes, drugs, gambling, a shopping spree or a day at the spa. The people of the United States funding an unquestionably profitable organization is no different. Our nation is facing a fiscal crisis. Why are we supporting an organization whose revenue exceeds its expenditures–by $100 million dollars?

So proud they are, of the health care they provide. That is not, however, the profitable part of the business. That’s fine. I won’t begrudge their profitability. This is America, supply and demand are the basis for capitalism. The problem is easily reconciled. Planned Parenthood can focus on making a profit without the benefit of government funding.

Ms. Richards has an issue with this remedy to the problem. She claims it would prevent women from continuing to receive the health care from their provider of choice. If indeed, women are the organization’s primary concern, Planned Parenthood could choose to continue the service without government funding. They are a profitable entity. They could elect to put the choice of their patients ahead of their profit margin.

The government takes our money to fund the government. We should expect non-profit federal funding to be allocated to not-for-profit organizations. Are we not to hold the government accountable for their spending? We are also to demand ethical practices and there is still the question of the CMP videos.

Cecile Richards provided no evidence of a legitimate need for federal funding. Neither did she provide a moral argument for providing aborted babies to research companies. It is pointless to argue over whether the remuneration Planned Parenthood receives is for “shipping costs” or for the contents of the package. It is one and the same and there are many Americans who don’t want the blood of these babies on their hands.

StemExpress is not the only company participating in fetal research. Many inhuman experiments are done in the name of scientific and medical research. The ability and informed consent to contribute babies to research facilities makes them marketable goods. The research may or may not be valuable. It may be a profitable industry, but it will never be a moral one.

Jeremiah 21:8 “Tell all the people, ‘This is what the Lord says: Take your choice of life or death!”

Is this government waste or an organization in need? Is it wrong to investigate? What are your feelings about this controversy?

Melinda is currently the worship leader at her small church in rural America. Married for 23 years, she and her husband Larry have one son. She is the Director of Mailing in the print/mailing industry by day and freelance author by night. Her desire to write is a passion borne from tragedy. God used it to take her faith to a much deeper level. Melinda is a freelance writer and member of FaithWriters. She joined the TBL team in March 2014. Believing we are citizens of a greater ‘kingdom,’ her articles for The Bottom Line examine governmental responsibility, citizen involvement and current political topics. With the great wisdom contained in scripture as her guide, she looks at today’s political environment from a Biblical perspective. She prays her words will prompt the reader to view citizenship - and every aspect of their life, through the eyes of faith. Col 3:17 To read more of Melinda’s writings on her faith, hope, and life visit her blog Still Living Still Loving or her page at Faithwriters.com. You can also follow her on Twitter @MKZbk.
@@MKBzk
Previous That’s Why it’s Called Faith, Part One
Next What Do Snow White and Her Dwarfs Have To Do With The Church?