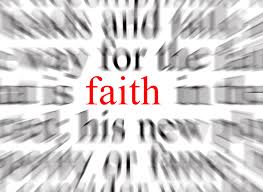 Jesus had to have taken part in the creation of the world because if He came later, He could not be equal with God, but instead part of the creation. I believe this is one of the sticking points for those who reject the concept of the Trinity and the deism of Christ. In Part One, we looked at the historical record with regards to Christ, who is acknowledged as a good teacher and a/or a prophet in all religions, but not as the Son of God, and we looked at Jesus through the lens of Islam. Today we will look at other world religions.

“The Son is the image of the invisible God, the firstborn over all creation. For in him all things were created: things in heaven and on earth, visible and invisible, whether thrones or powers or rulers or authorities; all things have been created through him and for him. He is before all things, and in him all things hold together.” Colossians 1:15-17 (NIV) (emphasis mine)

Christians believe, as stated in this passage from Colossians, that Jesus was instrumental, with God, the Father, in the creation of all things, and all things were made not only for Him but by Him as well.  Jehovah’s Witnesses, however, point to the word “firstborn” to mean that God created Jesus and then everything else.

The Jehovah’s Witnesses, like Christians, teach Jesus was a perfect man, but, unlike Christians, not part of a trinity. Instead, they believe Him to be a created being, formerly the archangel Michael in spirit form, becoming Messiah at His baptism. They view Him as a god but not Jehovah God and consider Jesus always inferior to God.

The problem with this, is that the Jehovah’s Witness’s bible, The New World Translation, adds the word “other” four times in this passage to support this claim, even though the original Greek manuscript does not include it.

The Bible warns against editing Scripture:

The Mormon faith differs on many points. Joseph Smith, the founder, claimed to have been visited by God the Father and Jesus who imparted to him that all churches were a disgrace and in error. Mormons do not follow the Bible; instead they have The Book of Mormon which supposedly supersedes the Bible as the only correct book regarding the true faith.

Mormons believe God became God by right living and His own efforts. They reject the Heaven/Hell of the Bible and believe instead that there will be various levels in the afterlife, to which people will go depending on how they lived. They believe that Jesus was the product of a physical relationship between God and Mary, not a virgin birth. Mormons do believe that Jesus was “a” god, but not “the” God, and you can become one too through your righteousness and your own efforts, which is in direct opposition to being saved by grace.

Mormons and Jehovah Witnesses are not evil, they are just deceived, yet they are just like you: mothers, fathers, children, and friends. Our battle is not with flesh and blood, but Satan, who leads people astray.

God is the creator of the Universe, but He did not “create” Jesus. Jesus, like God the Father and the Holy Spirit, has always been in existence as one person of the triune God. The triune God is before all things and made all things. God is not like us. No matter how hard we try to explain God to ourselves we will always fall short because “who can know the mind of God?” (1 Corinthians 2:15) His ways are higher than our ways. When flesh and blood sets out to “correct” the Bible, it will always be flawed. We cannot understand it all; we have to trust God’s Word and that’s why it’s called faith.

When have you encountered someone who believes parts of the Bible and not all of it? What did you say to support your beliefs?

Previous 7 Strategies for a Strong Marriage
Next Our Hope: Jesus Prays