Breaking News
Home / Faith / The Chaos of the End Times 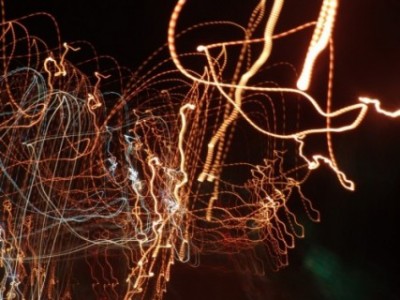 The Chaos of the End Times

Rioting.  Evil acts.  Wars.  Murder.  Lies.  Blame slinging.  Terror.  Since 9/11, our world has been fraught with ever increasing chaos.  Not only human-induced chaos, but the earth, itself, is experiencing chaos.  We are witnessing unprecedented, devastating weather extremes, hurricanes, earthquakes in unusual places, and fires destroying vast, populated areas.  In Isaiah 24: 19-20 and Matthew 24: 6-13 (among other places) God gives us a “heads up”.

Recently I read an article entitled “The Second Law of Thermodynamics and Bedlam On The Border” by Rick Joyner.  He presented a very intriguing view of the nature of this chaos calling it the “Law of Entropy”.  The point being that all things gravitate toward chaos and disorder unless these things are specifically set in and kept in order by a higher intelligence.  In the article, Joyner used an example we can identify with of a lawn that is left to itself.  Most of us can probably envision this lawn scenario ending up as a weedy, overgrown eyesore; but, when a wise gardener steps in to once again take control, order and beauty is restored to the lawn.

As we look around our world today, it is evident to me that we are living in the end times.  Our society is spiraling downward into lawlessness and dysfunction as God revealed long ago would happen.  Joyner mentioned several current examples of chaos in his article which, in part, includes: the “IRS Scandal”, “NSA Spying”, the “Benghazi Attack On [the] U.S. Consulate”, the “Obamacare Rollout Fiasco”, the “V.A. Scandal”, “U.S. Border Meltdown”, and the “ISIS take down of major regions of Syria and Irac”.

Working to set things right again may seem an impossible task, but God places the restoration of order at the top of His priority list.  He has a plan.  He is able.  He will, in His perfect time, set all things right again.  We will even see the wolf lying down with the lamb and streams of people flowing in one accord to the house of the Lord to worship Him. Isaiah 11: 6-9 and Micah 4:1-2.

Even though it is a God-sized job to restore this whole world, we can make our difference.  We must PRAY.  It is absolutely necessary that we not give up and reduce ourselves to just watching this chaos abound.  Many lives are at stake as we stay the course in these end times.  Pray for restored order, for peace, especially for Jerusalem, and for hearts to surrender to the Lordship of Jesus.  Even though we are dwelling in the end times, there is still much work to do for God’s Kingdom’s sake.

I just love walking outdoors - day or night. I identify most with the creative side of God and am energized by His artistry all around this world. He amazes me every time I turn around! Yeah, God and thank you, Jesus.
Previous Life through a Runner’s Eyes
Next “Who Do You Say That I Am?”