Breaking News
Home / Faith / The Dangers of the Occult 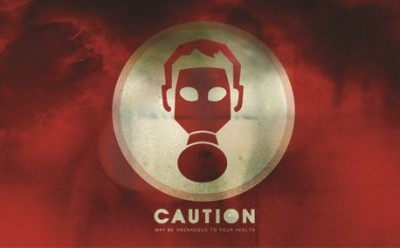 The Dangers of the Occult

There is a lot of buzz these days around the topic of the supernatural. New books, TV shows, and movies with supernatural themes are coming out on a regular basis. Angels and demons, sorcery and witchcraft, magic, zombies, ghosts, and other spiritual phenomena are being portrayed through many outlets.

The spiritual world is certainly real. The Bible is full of supernatural stories, miracles, and divine interventions. We see many instances of the supernatural world engaging with the natural world.

It is normal for humans—created in the image of God—to hunger for something beyond themselves. But there is only one safe way of walking in supernatural power: relating to the One true living God. We come to the Father through Jesus, and are empowered by the Holy Spirit. Any spiritual experience or supernatural phenomena that does not come through this grid is spiritually dangerous.

What is the Occult?

The word occult refers to secret or hidden supernatural arts. It is tapping into the spiritual realm outside of the living God to gain knowledge, power, and influence. The occult has many branches, and is widespread in its influence. Deuteronomy 18:9-12 gives a stern warning to the people of God about avoiding occult influence, and lists some of the types of occult activities:

Some people get involved in the occult out of curiosity or “just for fun.” Others plunge headlong into witchcraft, Satanism, or other occult practices. More than we realize, the world system is influenced strongly by occult power. Books, music, and movies abound with occult themes and symbolism. Just recently the movie “Ouija” came out, highlighting the game that taps into demonic power to tell the future.

Having been involved in the ministry of deliverance from demons for a number of years, I have found that any type of involvement in the occult is a major open door for evil spirits. When people step into the world of the occult—even just for fun—they are inviting contact with demons. The deeper people get in, the more dark it becomes.

If you have had any contact whatsoever with the occult, I would encourage you to fully renounce this involvement. Pray a prayer of deliverance to free yourself from any demonic influence that may have come in. The occult is not something to be played around with; it is a forbidden realm. Light is always greater than darkness so we must not fear; but we must totally cut off occultic influence from our lives!

Jake Kail is a teacher, author, and speaker who is passionate for the kingdom of God. He was called into ministry during his college years, after a life-changing encounter with God. The focus of his ministry is on teaching and equipping believers, strengthening local churches, and seeing awakening and restoration come to the church. He also ministers often in the area of deliverance from evil spirits, seeing people set free from bondage, torment, and oppression. Jake is the author of three books: Restoring the Ministry of Jesus, Can a Christian Have a Demon?, and Abiding in the Vine. He speaks at churches, retreats, conferences, and other venues. Jake lives with his wife and family in Lancaster, PA where he serves on the pastoral team at Threshold Church. Check out Jake’s website and blog here: http://www.jakekail.com.
Previous Having Realistic Expectations of Others
Next Ashes of the Past or Beauty in the Present?