Breaking News
Home / Faith / Ashes of the Past or Beauty in the Present? 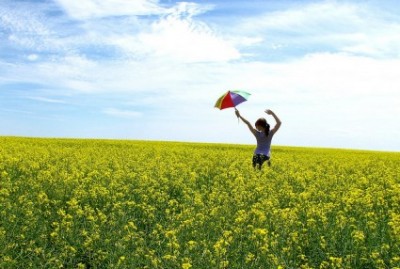 Ashes of the Past or Beauty in the Present?

“To appoint unto them that mourn in Zion, to give unto them beauty for ashes, the oil of joy for mourning, the garment of praise for the spirit of heaviness; that they might be called trees of righteousness, the planting of the Lord, that he might be glorified. ~ Isaiah .61:3

God takes the vilest of people and creates the most beautiful lives. At least that is what He did for Rahab. A woman in a man’s world. The lowest of women. A filthy prostitute. A lowly, female prostitute in a cursed city. Destined for defeat. Destined for death. Destined to be forgotten. Yet her faith in the God she didn’t know changed history.

Rehab’s faith in God shattered her existence. No longer was she simply a prostitute. Instead, she became an instrument in God’s plan. When the Israelite spies crossed her path, she could have turned them over to Jericho’s authorities. She could have refused them aid. She could have pleaded for her city. Instead, she surrendered her life to the will of the unknown God and hid His spies. After providing them with protection from immediate danger, she offered wise counsel on further escape and assisted them in exiting Jericho undetected. Rahab’s faith moved her to action.

As a result of Rahab’s faith, God spared her and her family. They became Israelites and Rahab traded her past for a beautiful legacy. Rahab married Salmon, one of the leaders of the Jewish tribe of Judah. She gave birth to a son named Boaz, who was a respected, honorable man. Her great, great grandson was King David. She is listed in the genealogical record of Christ (Matthew 1) and in Paul’s tribute to the heroes of the faith (Hebrews 11). James used her faith as an example to early Christians of how we are to let faith guide our actions (James 2: 25).

If God can redeem a woman like Rahab, what about you? No matter what you have done, God wants to set you free. Embrace faith, and exchange beauty for your ashes! Like Rahab, you have a choice. You can continue on the path to inevitable destruction, or you can surrender your life and allow God to create a legacy of beauty. Which will it be? Are you going to live a life filled with the ashes of your past or will you surrender your past and accept God’s beautiful design for you?

Heidi Lynn has a passion for women's ministry and can be found writing at Chronicles of a New Creation. Heidi believes that as Christian women, we were created to serve our families, our churches, and our communities. With this calling in mind, she writes and speaks about organization in homes, families, and spiritual lives.
Previous The Dangers of the Occult
Next How to “Yo-Yo Diet” and Lose Weight