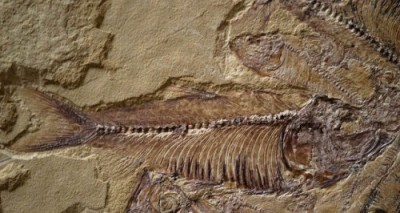 So who is right? While evolutionists and creationists debate about who is right we cannot forget about what the word of God says. The Bible is not just a sacred or spiritual writing, it’s actually written by the Lord for all of us to read. To prove my point look at how many prophecies have been recorded and fulfilled. The probability that man would be able to do this alone is improbable.

Then there are natural evolutionists who believe in the idea that things happen by chance therefore omitting and rejecting the intelligent design theory. However, what they are not thinking about is how life as we know it came into existence. For instance, scientists and most lay people can agree that an event called the big bang theory existed. We can assume that there was a moment in time in which the perfect collision of gasses and energy collided at just the right moment with just the right force. All this happened with all the space…outer space that surrounded them, without anything being created yet there was nothing to create any friction.

We have this perfect storm that created the universe as we know it today but was it all created by mere chance? What are the chances that these events could have happened at the right time in order to create this perfect collision that somehow created life?!

There is no life without intelligent design and even scientists who are atheists claim that the idea that life was created by chance is unfathomable. In addition to the big bang our solar system was born and each star and planet was uniquely created. With Earth being the only planet known to man in which humans can live on due to the way we were created it makes the idea of “chance” to be even more unimaginable. Each of the planets were created uniquely, as if each star and planet has it’s own set of DNA. This is not a product of randomness because randomness has no motivation or idea of what patterns or equality mean. When looking at evolution from the intelligent design and creationism point of view it is hard to see how evolution was thrown into the ideas of scientists as a way to explain life.

It is clear that evolution is false if it is the belief of how the earth began and how life was created and it is a belief held by many people around the world who hope to explain where we came from. There are far too many questions that evolution imposes on our way of thinking instead of supplying the solid evidence that supporters claim to have provided. Instead, the idea of evolution and the many branches of how life has changed it claims to have happened, invoke more questions instead of providing a simple idea such as what is proposed in the idea behind such ideologies as Ocaam’s Razor. If evolution really simplifies the understanding of life then it should have a simple explanation. Instead evolution leaves us with an idea created by man that is left to be questioned and altered by man. If an idea is left with this wide gap it cannot be taken as truth. Therefore, it is creationism that provides the firm foundation and answers we seek. As always we can see evidence of creationism in the Bible as we study the scriptures of how life began.

What do you think about the evolution versus creationism debate?

Sarah loves Jesus and is unashamed to tell the world about His truth and bold love! Her purpose is to encourage others to seek the truth as they pursue who they are in Christ. She is also a Mom and feels blessed to call Colorado her home.
Previous No Killer Instinct
Next Does faith work? What good does faith do?