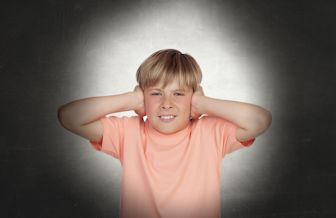 The “Faith of a Child” Is Under Attack

The “Faith of a Child” Is Under Attack

What do other people want your 5-year old child to believe about God? In the attempt to sway the hearts of young children, two stories in the news reveal that there are organizations trying to push the pendulum away from Christianity. In Missouri, a Unitarian sect recently held a camp with the express purpose of teaching kids from 5 to 11 years of age, to defend evolution and its worldview. One camp director told these children, “Like you, I started as a speck about 13 billion years ago…” and went further by saying that creation “can be used to bully other kids.”

Some people act like evolution is the accepted line of thought while in reality, according to a recent Associated Press survey, 51 percent of Americans have lost confidence in this theory. There is not consensus even among secular scientists. The people at this “evolution camp” obviously refuse to accept these findings, or are ignorant of them. They are determined to program their way of thinking into the minds of these young kids. The camp, however, does not involve just non-Christians. A son of a professing Christian was enrolled so that he would be exposed to “open-minded children” and “grow up knowing both paths so he can make his own decisions.”

Now, let’s move to the State of Oregon. Child Evangelism Fellowship, known for its Good News Clubs, has been targeted by an organization in the city of Portland. The group, called Protect Portland Children, claims that teaching about sin is “psychologically harmful” to children. Some people believe that the focus is being placed on CEF because of its theologically conservative beliefs.

All parents would agree that you never have to train kids to think and act wrongfully. It is part of their nature. This does not mean that every child is a bad person. There simply is a tendency to act and think in wrong ways, and in more extreme cases, to commit very evil acts as people get older. Christian teaching calls this having a sin nature in rebellion against God and His ways. Christianity also has an answer to this. Through accepting God’s love and grace by the death of His Son, Jesus, and entering into a personal relationship with Him, there can be victory over one’s nature. This is the basic message of Child Evangelism Fellowship.

What would Protect Portland Children tell kids, that there is no such thing as evil or people doing bad things? Kids know better. Would they tell them that anything goes? They have no justification for singling out CEF just because they do not agree with their position. We cannot allow this attempt to silence Child Evangelism Fellowship to be repeated in other cities across America and around the world. The battlefield for religious belief is waging in the minds of your children. The Bible, however, has this to say, in Matthew 18:3-6. “Assuredly, I say to you, unless you are converted and become as little children, you will by no means enter the kingdom of heaven. Therefore whoever humbles himself as this little child is the greatest in the kingdom of heaven. Whoever receives one little child like this in My name receives Me. Whoever causes one of these little ones who believe in Me to sin, it would be better for him if a millstone were hung around his neck, and he were drowned in the depths of the sea.”

John Livingston Clark is 67 years of age and lives in central Washington State. He has written two published books, and two published poems. His initial book is called, " God's Healing Hope: Breaking the Strongholds of Wrong Thinking." His second book, released in December of 2016, is a motivational book written to seniors titled, " Seniors: Are You Retiring or Recharging?" Both books are available on amazon. You can also view his writings on www.faithwriters.com. John is available to speak on a variety of topics. Visit me at jclarkministries.com
Previous I quit!
Next Visitor Information