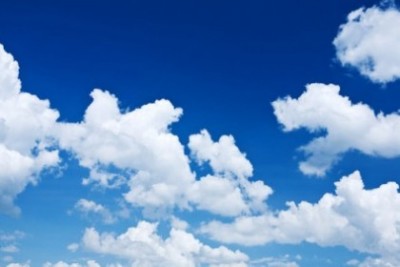 The Helper Will Come

“If you love Me, keep My commandments. And I will pray the Father, and He will give you another Helper, that He may abide with you forever — the Spirit of truth, whom the world cannot receive, because it neither sees Him nor knows Him; But you know Him, for He dwells with you and will be in you.  I will not leave you as orphans; I will come to you.”  John 14:15-18 (NKJV)

Jesus was always preparing His disciples. From the time He called them to Himself, He was teaching them every minute of every day.  His very presence in their lives changed them from the men they had been to men who did as He commanded, without question, and in complete faith.  They had their moments of course, many of which are written about in the Bible.  But they learned how to live in love and harmony, touching the lives of those who did not know Jesus.

Jesus taught His followers how to minister to the people, and how to be fishers of men. He gave them abilities they did not think they would ever have, and He showed them how to love one another.  He taught them about being brothers, and how unity was so important for success in their endeavors.  He showed them how to walk like Him, and used parables and other examples to help them understand how much the world needed what He had to give them.  And in the days following His crucifixion they lived with heartache and loss, shock and dismay, even though He had prepared them for His death.  When He was resurrected, their joy was unsurpassed. The Master was back!

But there was more to come.  Jesus had to leave them once again, and this time He would not be back anytime soon.  So He spent time with them, to reassure them, to equip them, to simply love them.

Jesus expected His disciples to be just that–disciples.  They were to continue His work after He returned to His Father.  He promised to never leave them alone. He would send to them The Helper, or as many of us know Him, The Comforter.

The Comforter is actually The Holy Spirit.  He is the third person of the Godhead.  He is God, and He is Comfort.  He is our spiritual adviser, our conscience, and our constant source of conviction.  He prompts us in so many ways.  His is the voice we hear when we are about to make a wrong decision.  He is the cause for the “check in our spirit” that warns us before we speak unkind words, or are in imminent danger.  He is the One who nudges us to do a kind deed.  He is our Teacher, our Guide, our Friend.

Jesus knew that this world would be a constant irritant, and a draw to ungodliness.  All Christians are in danger of succumbing to its pleasures.  We, today, are no different from the original disciples.  We need a comforter too.  We are in this world, and while we do have to live in it, we do not have to be of it.  Therefore, Jesus made sure that The Holy Spirit would come and dwell within us.  This is the promise that Jesus made, that He would be with us, even to the end of the age. (Matthew 28:20b)

Jesus loved His disciples, and He knew they needed Him still.  When He ascended to His Father in Heaven, He did not leave them alone.  He had promised them The Helper, whom He called the Father’s promise.  The Helper would dwell within them when they had received the baptism of The Holy Spirit, which would be some days away, after the ascension.  He was still looking after them, but at the same time He was entrusting them with the furthering of His mission of mercy, grace, and love.  All Christians receive the indwelling Holy Spirit, The Comforter. We are never left alone.

If you have experienced a “Holy Spirit Moment,” please go to www.mystoryofgrace.com, and share with us! How and where are you following Him today?

Lili lives in central North Carolina. She writes devotionals and Christian articles and has been published in e-magazines, newsletters, and articles. She is a member of Faithwriters.com. She and her husband Chuck love to travel, and are animal lovers as well. They are active in their local church. Lili credits God for any inspiration that allows her to write. It's all about Him!
@@ohiolili
Previous You say you want a revolution?
Next Someone Is Always Watching