Breaking News
Home / Faith / You say you want a revolution? 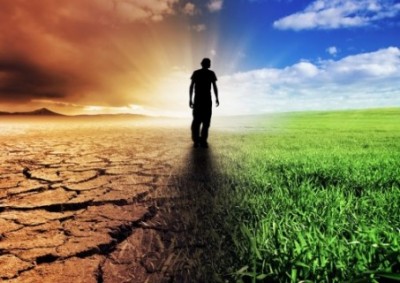 You really can change the world - by obeying God one step at a time.

You say you want a revolution?

That girl in your study hall is suicidal. You’ve heard her despair, and you see her there now with her head on her desk. Perhaps her parents and the school know of her depression, but a third of the student body is reportedly struggling just like she is. Your heart is filled with compassion. But what in the world can you do to help?

Maybe a mission trip opened your eyes and awakened a deep desire to intervene in a world far different from your own–a place where poverty and mental illness abound, or where little kids flocked to your arms and didn’t want to leave, because that was one place they felt safe.

In their schools and workplaces and home towns, extraordinary teens are desperate to make a difference. They see the needs and feel that the church at large isn’t responding the way it should. They want to be radical. They want a revolution.

One proof of their passion is in the popularity of certain evangelical books and authors that have become bywords among youth groups and college fellowships. However, the “push for the poor” touted by some often leaves more questions than answers. Previously, I touched on the added problem of young people turning to a different gospel because getting involved in social activism often leads to bypassing Christ Himself.

So what is a young person to do about the overwhelming issues of this generation?

Rees Howells is known for being a channel of changed lives for thousands on the continent of Africa. In addition, he founded a Bible college, was used to bring about the Welsh Revival, and is credited for changing the tide of World War II through his prayers. Not bad for one life!

A Welsh miner, Rees had an encounter with Jesus Christ and knew that he wanted his life to count for the Master. Through prayer and fasting he simply asked the Lord what He wanted him to do. Step by step, God gave him very practical tasks that he carried out as he lived in his community and worked a normal job. They weren’t always easy, but they taught him to surrender himself piece by piece to the Almighty. And as Rees obeyed, God opened up one miraculous door after another, into a broader and more glorious place. God taught Rees to trust Him for everything as though it were already done, and Rees eventually gave up his job because God promised to meet the needs of him and his family supernaturally–and He did.

God won’t necessarily ask you to do the exact same things He required of Rees Howells. But if you are a serious soldier for Jesus Christ and want to see His kingdom of light established in the lives of those around you, I highly recommend reading the biography of Rees Howells.  The weaknesses and temptations he had to overcome speak to the heart just as much as the glory he walked out. It is available free online, as well as in paperback.

You say you want a revolution. Have you asked the Lord if there is a simple, practical step He wants you to take in your world?

Emily Tomko's radical encounter with the Lord while at a nightclub changed her life forever and inspired her first novel, College Bound: A Pursuit of Freedom. She is the author of seven books, including 31 Thoughts on Prophecy and Leaving the Shallows: igniting the faith that overcomes the world. Her tastes tend toward vintage and she's a Germanophile, having spent a year in Bremen and Nuremberg. Emily loves the scriptures and writes with fierce compassion and a deep desire to see people freed from the miry clay of this world and walking in the truth.
Previous Thoughts From the Lutheran Church In America Today
Next The Helper Will Come