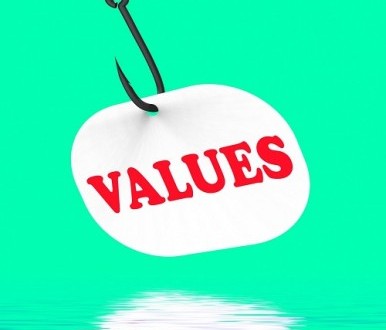 The Moral Decline Created By a Liberal Culture

Through culture and education, liberalism is becoming more and more prevalent in the Christian community, this is resulting in not only the acceptance of things like abortion and homosexuality, but the throwing away of Christian values and teachings of the Bible so as to accommodate those who do such things. Just look at the influence of “Christian” leaders like Bishop John Shelby Spong and his distorted and heretical ideas are having on the way Christianity expresses itself in the culture, it is leading to mass apostasy by the younger generation.

As a former liberal Christian, I can say that my beliefs at that time were contrary to the faith. Like the majority of liberals I thought abortions were the moral equivalent of getting a tattoo; I was “open and affirming” of deviant sexual practices; I thought morality was a democracy not a theocracy–by which I mean I thought that morals were subject to majority decision and not God ordained and set in stone. I also viewed the Bible and its teachings as allegorical and symbolical, not as literal. The end result of all of this distorted thinking is that I saw no need for Jesus or His saving sacrifice; since morality was relative there was no real right or wrong, no such thing as sin and so I ended up in a five year state of apostasy and embraced atheism.

By going along with the culture, with mob rule, I was unable to know my place in the Body of Christ; I was conforming myself to the world and not to God. The same thing is happening throughout the Christian world, the tide of modern secular culture is rising higher and higher leaving Christians barely able to keep their heads above the flood of decadence and moral poison society offers.

Romans 12:1-2 “I appeal to you therefore, brothers, by the mercies of God, to present your bodies as a living sacrifice, holy and acceptable to God, which is your spiritual worship.  Do not be conformed to this world, but be transformed by the renewal of your mind, that by testing you may discern what is the will of God, what is good and acceptable and perfect.”

How often do we put off serving God and the message of the Gospel to binge watch the latest TV show? How often are we so engrossed in our social media or are listening to things on our cell phones that we miss the opportunity to make a difference in the life of another person?

These things poison our minds. TV is nothing but morally bankrupt junk food for the eyes, it makes us physically lazy as well as morally lazy. If we spend all our time watching garbage there is no active cultivation of virtue, no growth of the fruit of the Spirit, no communion with God and this produces no results when one is needed to make a difference.

Social media is a cesspool of self-centeredness and stupidity. Twitter is a wretched hive of illiteracy and depravity and Facebook is full of so many ego-maniacs looking for attention and approval that it is a miracle Western society can even function.

What does all this have to do with liberalism? All of this is a result of liberal democracy. Liberalism is about the individual and the individuals’ rights and privileges. It makes self-centeredness of more importance than the well-being of the group. It rejects responsibility to one’s neighbor in favor of looking after one’s own wants and needs.

Exodus 20:4-6  “You shall not make for yourself a carved image, or any likeness of anything that is in heaven above, or that is in the earth beneath, or that is in the water under the earth.  You shall not bow down to them or serve them, for I the Lord your God am a jealous God, visiting the iniquity of the fathers on the children to the third and the fourth generation of those who hate me, but showing steadfast love to thousands of those who love me and keep my commandments.”

The individual has become an idol and as we teach the new generation to worship themselves they will grow up to teach the generation after them, the result will be a society that increases in moral depravity. Society today is evil, but we have not seen anything yet. Things will become so bad that God will eventually give us over to our reprobate minds (Romans 1:28) and we will as a people be unable to know the difference between good and evil, which is even now becoming a problem. We are inviting God to judge us and His judgments, while just, are also painful. Just read the Old Testament to see what happens when we reject God and bring His judgments upon ourselves.

We are called to separate ourselves and use our God-given gifts for the building up of the Church, not to let them atrophy from disuse as we sit around in a nihilistic, self-centered life of mindless entertainment and social media nonsense, which is what modern liberal culture is teaching us to do.

Jonathan Kotyk is a student, self taught philosopher, recovering addict and born again Christian. He has spent time on both the far Left and Far Right side of the political spectrum and lives in Canada.
Previous You Are Righteous In God’s Eyes
Next God is a Redeemer and a Restorer and I Can Testify to That!